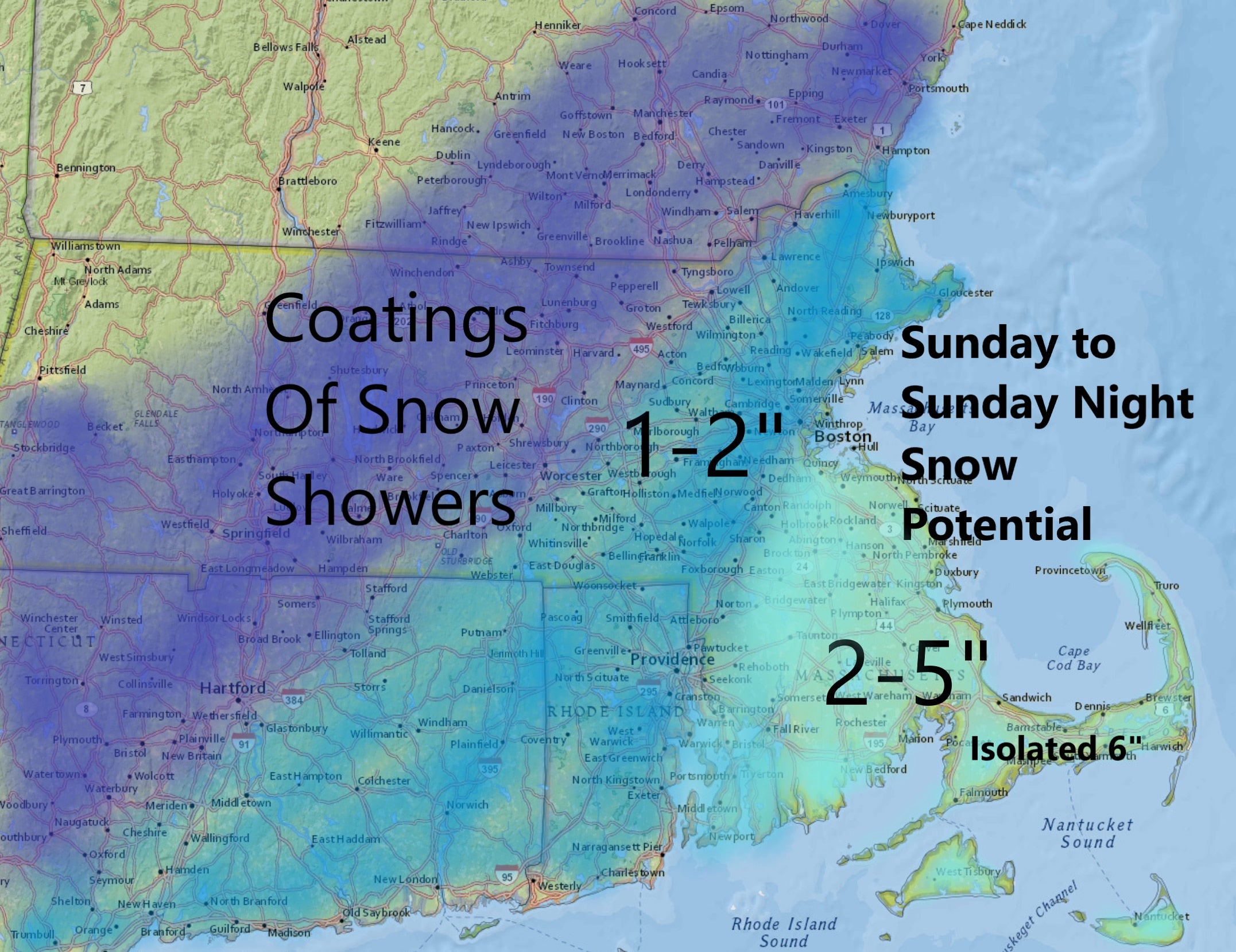 Boston hit a record 60 degrees on Saturday afternoon and judging by the number of people walking, running, biking or just sitting, almost everyone embraced the day with enthusiasm.

The sixty degree weather in the second week of February is not going to last and the already colder air is heading south into New England. As temperatures drop back below freezing early Sunday morning, clouds will rise and some energy will bring snow shower activity.

The snow falls in two waves, one during the day on Sunday and then more on Sunday evening and early Monday. Sometimes the snow can stop for a while to start again. During the day on Sunday, I’m looking for anywhere from a coating to an inch or two of snow. The highest total is expected to be along the coast south of Boston.

The forecast becomes a little more difficult on Sunday evening as the jet stream configures itself to bring in additional moisture from the Atlantic. Because the temperatures will be cold for the snow, anything that falls will pile up. Again, the heaviest snowfall will be over southeastern Massachusetts, where it will come as no surprise if a total of 5 or even 6 inches of snow is recorded.

There will be less snow in Boston, but even in the city up to 2 solid inches are possible and 3 isn’t out of the question if the system is just a little further west and stronger.

It’s Super Bowl Sunday and while Sunday snowfalls are generally less impactful, today’s snowfall will slow the return of all parties a bit and, unfortunately for DPW cruises and contractors, you will probably have to listen to the game rather than watch this.

It will be very cold on Monday with highs remaining in the low to mid 20’s all day. Tuesday starts out cold, but readings moderate toward freezing before above-average temperatures take over the rest of the week.