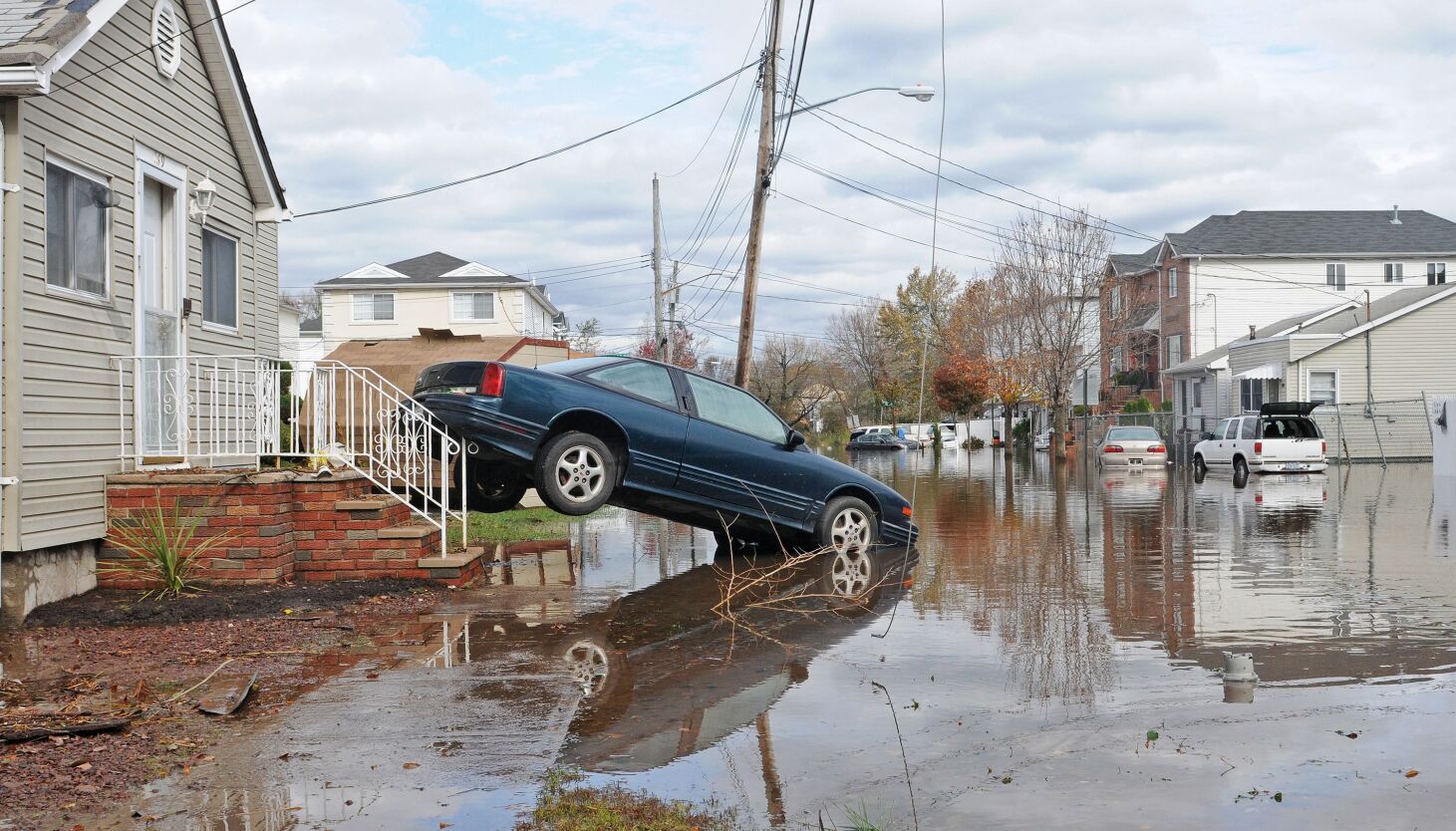 As NYC releases new flood maps, here’s what you can do before the water starts to rise

Do you know your evacuation zone? Have you prepared a travel bag? What is your risk of flooding from rainwater?

Now you can check the latter on your storm preparedness list.

As New York heads into a hurricane season that experts say will be particularly intense, the Adams administration quietly released a map on Wednesday you can use to check your home’s risk of flooding from rain.

The map shows the risk of stormwater flooding during a “moderate event” or storm with two inches of rain in an hour. For reference, 3.15 inches of rain fell in Central Park in an hour during Hurricane Ida last year.

The map – which the city plans to update in August to account for extreme events and future sea level rise – is an updated version of the one the de Blasio administration originally created in 2021, which did not indicate the current risk. It’s part of a new campaign from the Department of Environmental Protection called Rainfall Ready, which explains what the city government and residents should do to prepare for storms that will only get more intense and dangerous in due to climate change.

This approach, emphasizing personal responsibility, marks a slight shift from the de Blasio-era New Normal plan, which called for a series of commitments from city agencies to protect and prepare New Yorkers for future storms. .

Karen Imas, Vice President of Programs at the Waterfront Alliance, called the maps “a powerful resource for individual homeowners, building owners and tenants”, which can help them understand their risks – immediately and over the long term. – and encourage them to make a game plan in advance.

“The maps are one step in what is really a long-term, multi-pronged process to build greater climate resilience in the city,” Imas said. “As the city looks to fund physical improvements, looking at the geographic implications and looking at vulnerabilities where improvements haven’t been made will certainly be in the city’s strategy and should be.”

A DEP spokesperson declined to comment on the new stormwater maps.

As New York saw recently with Ida, flooding from heavy rains can be both destructive and deadly. Between rain showers and storm surges from the ocean – as with Superstorm Sandy in 2012 – the potential for flooding both near the coast and further inland is high in the city.

In the absence of comprehensive urban planning, there is little a single individual can do once the waters rise. But there are concrete steps New Yorkers can take to be better prepared before extreme weather conditions arrive in our coastal city.

Here are some of the basics of preparing for the city’s storms — and New Yorkers who learned the hard way when Sandy hit a decade ago.

If a storm is coming, know if you should leave or stay put.

Find out if you’re in an evacuation zone with the Office of Emergency Management’s “Know Your Zone” address finder tool here. There are six evacuation zones in the city, with Zone 1 being the most susceptible to flooding.

Keep in mind: Evacuation zones are drawn differently from flood hazard maps designed for insurance purposes, which you can find with this search tool from FloodHelpNY from the Center for NYC Neighborhoods.

And evacuation orders, if the city issues them, are “based on the characteristics of an actual storm approaching the city,” the OEM says, not generic flood hazard maps. Just because your home is normally at minimal risk of flooding — according to insurance-based maps — doesn’t mean you won’t have to evacuate.

In Hamilton Beach, a coastal community south of Brooklyn, Roger Gendron says he will never hesitate to evacuate after experiencing Hurricane Sandy in 2012.

He, his wife and their two children stayed during the storm and water filled their entire first floor that night, reaching up to “two inches below the basement” of his second floor, he said. he declares. They were finally safe, but he wished they were gone.

“If some type of storm is coming and they’re predicting a pretty severe tidal surge, get out,” he said. “Even though it’s a voluntary evacuation notice, I think people should use it and say, ‘You know what, it’s time to pack up.’ Let’s get the cats, dogs and birds… and go to grandma’s house five miles inland.

And if you need to use a city-run evacuation center, you can bring your pets there too, according to the OEM.

“They call you well in advance,” she said. “Whether it’s a hurricane or a tornado or whatever, and they give you instructions on what to do. It’s very, very helpful.

She has Notify NYC alerts connected to both her landline and cell, which both ring “even if it’s just a burst that pops up,” she said.

Prepare your space and make a plan

Before a storm or hurricane, the emergency management department has a long list of ways to prepare, including:

Gendron also reminds New Yorkers to let someone in your neighborhood know if you plan to evacuate — that way, if searches are done for missing persons, you won’t be placed in that category by mistake.

That’s what happened with one of his neighbors during Sandy who evacuated Hamilton Beach at the last minute. Two days after the storm, neighbors realized she hadn’t been seen for some time.

“We’re going, ‘Oh, man, is she in her house?’ We were probably minutes away from breaking down her front door,” he said. Fortunately, news came that she had weathered the storm at a sibling’s house.

Whether you are leaving or sheltering in place, you will need to come prepared with some basic emergency supplies. The OEM has a checklist for the supplies you’ll need before a storm, including instructions for “packing bags” – easy-grab kits if you need to leave quickly – specific pets and clothing to weather conditions.

Pettyjohn used to keep his backpack by the front door – until the first floodwaters from Sandy flooded it.

“Let’s just say during the storm, my duffel bag was the first thing that went off,” she said with a laugh. Now she keeps him on the stairs between her first and second floors.

Key items for her include all the medications she needs and a USB drive with vital medical records.

“During Sandy, you learned what worked and what didn’t… There was no doctor’s office, no pharmacy. To get anything, you had to know exactly what the dosage was and everything,” she said. “You don’t remember all those names of all the drugs, especially if you’re in shock or going through a stressful situation.”

Gendron suggested getting two key items before a storm: a hard copy of your insurance company contact information and account numbers, if you have them, and a solar-powered cell phone charger.

“Before, it was a transistor radio” that you had to have, he says. “But now it’s the smartphone.”

Get the inside scoop from THE CITY

Subscribe and receive the latest stories from THE CITY every morning

Thank you for your submission!