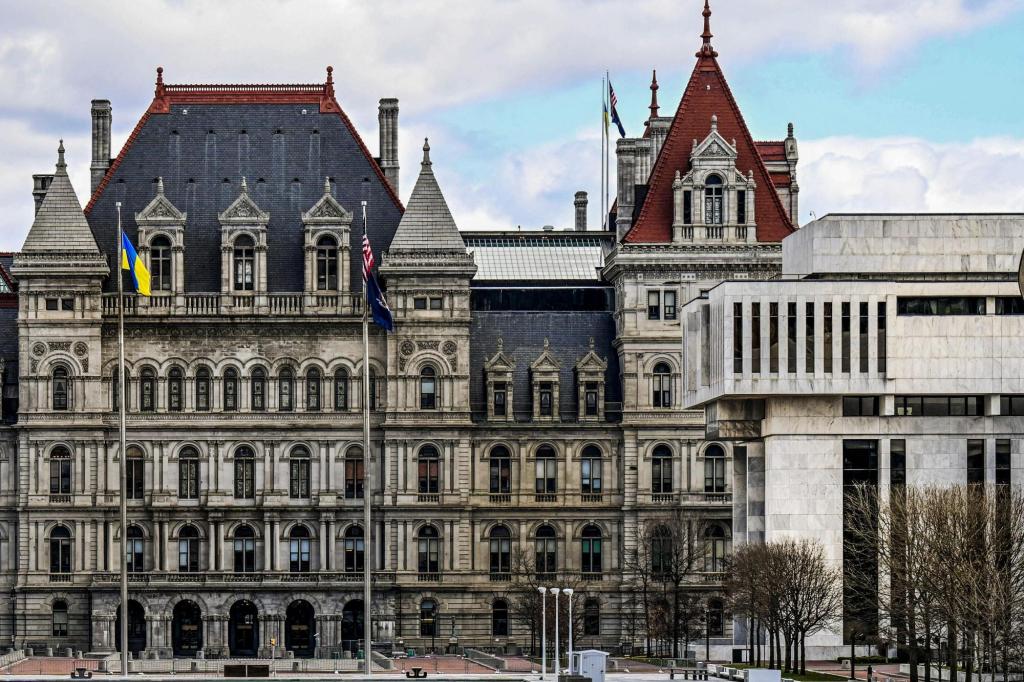 ALBANY, NY (AP) — Community activists and lawmakers went to a rural courthouse in western New York on Friday to weigh in on the shape of maps of the state’s political districts and to ask a judge more opportunities for the public to be heard.

The state judge overseeing the reshuffling of New York’s Congressional and Senate districts has scheduled only one public hearing on the matter before the maps are finalized on May 20.

Anyone who wanted to speak publicly on the matter could either file something in writing with the court or appear in person Friday in Judge Patrick McAllister’s courtroom in Bath, New York, about 60 miles south of Rochester.

The court is working on a tight schedule to get the maps after the state’s highest court ruled that previous versions drawn by the Democratic-controlled legislature were unconstitutional.

Jonathan Cervas, a postdoctoral fellow at Carnegie Mellon University’s Institute for Policy and Strategy, faces a May 16 deadline to publish his first draft of the replacement maps.

“We urge you to have more hearings, especially after the map is released,” Esmeralda Simmons, pro bono special counsel for the Center for Law and Social Justice at Medgar Evers College, said during the hearing. friday. “We want you to know that New Yorkers deserve to be heard, and they will want to be heard.”

Earlier this week, McAllister declined requests to let people testify at the hearing remotely, saying his court lacked the capacity to allow large numbers of people to do so.

“Unfortunately, I am unable to provide a remote option for anyone across the state to appear and comment,” Judge wrote in a May 3 letter to the New York Civic superintendent. Engagement Table, Melody Lopez. “But, a person can appear and testify in person.”

The judge said the court would review records from hearings held by the state’s independent redistricting commission last fall.

This commission’s effort to redraw political district boundaries – something that is required every 10 years – has collapsed due to partisan gridlock.

The Legislature then passed its own maps without any public input or a hearing like the one held by the judge on Friday.

Angel Vasquez, a Democratic state Senate candidate in Manhattan’s Washington Heights neighborhood, urged the court to consider some of the proposals rejected by the committee.

The court ordered the state primary elections for the state Senate and U.S. House moved to August 23, from their originally scheduled date of June 28, so that there would be enough time to redraw the maps. State officials have asked a federal judge to approve the change.