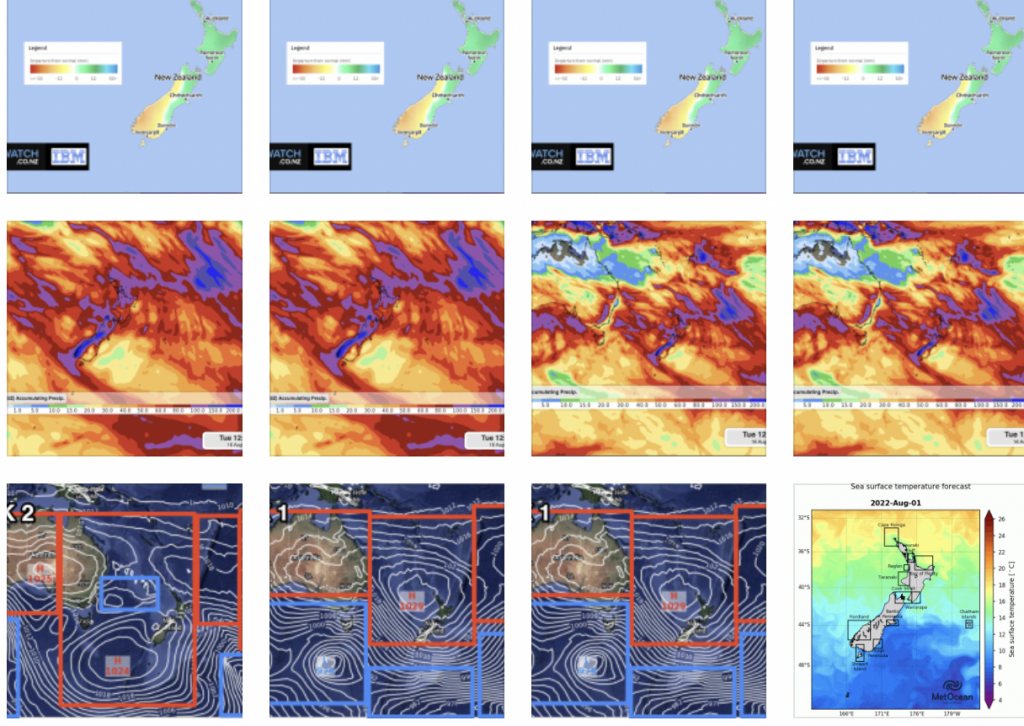 AUGUST + SPRING OUTLOOK — There is no shortage of big highs and big lows in August in New Zealand and Australia, as La Nina continues to slowly look to come back at some point.

The long-term forecast for New Zealand is warmer than average with rainfall over the two main islands – particularly northern New Zealand, where at least another 100mm is expected over the next two weeks.

Large highs continue to move from Australia, but large lows are also mixed in.

This means that the word “variety” remains in the forecast with a good mix of sunny and mild days, and windy and more humid days. Usually, the variety of our weather is good for the economy, with most farmers and growers benefiting from a healthy mix of weather – usually anyway.

Here are the maps and more details on how AUGUST, SEPTEMBER and OCTOBER are going in our part of the world.

ClimateWatch is New Zealand’s only independent Climate forecaster and are proud to be associated with IBM Watson – the most accurate forecaster in the world. These updates are brought to you in association with RuralWeather.co.nz and with thanks to the Australian Bureau of Meteorology, who support open data.

MeteoRural.co.nz – supporting farmers and producers who help feed New Zealanders. (Proud to be a WeatherWatch.co.nz company).