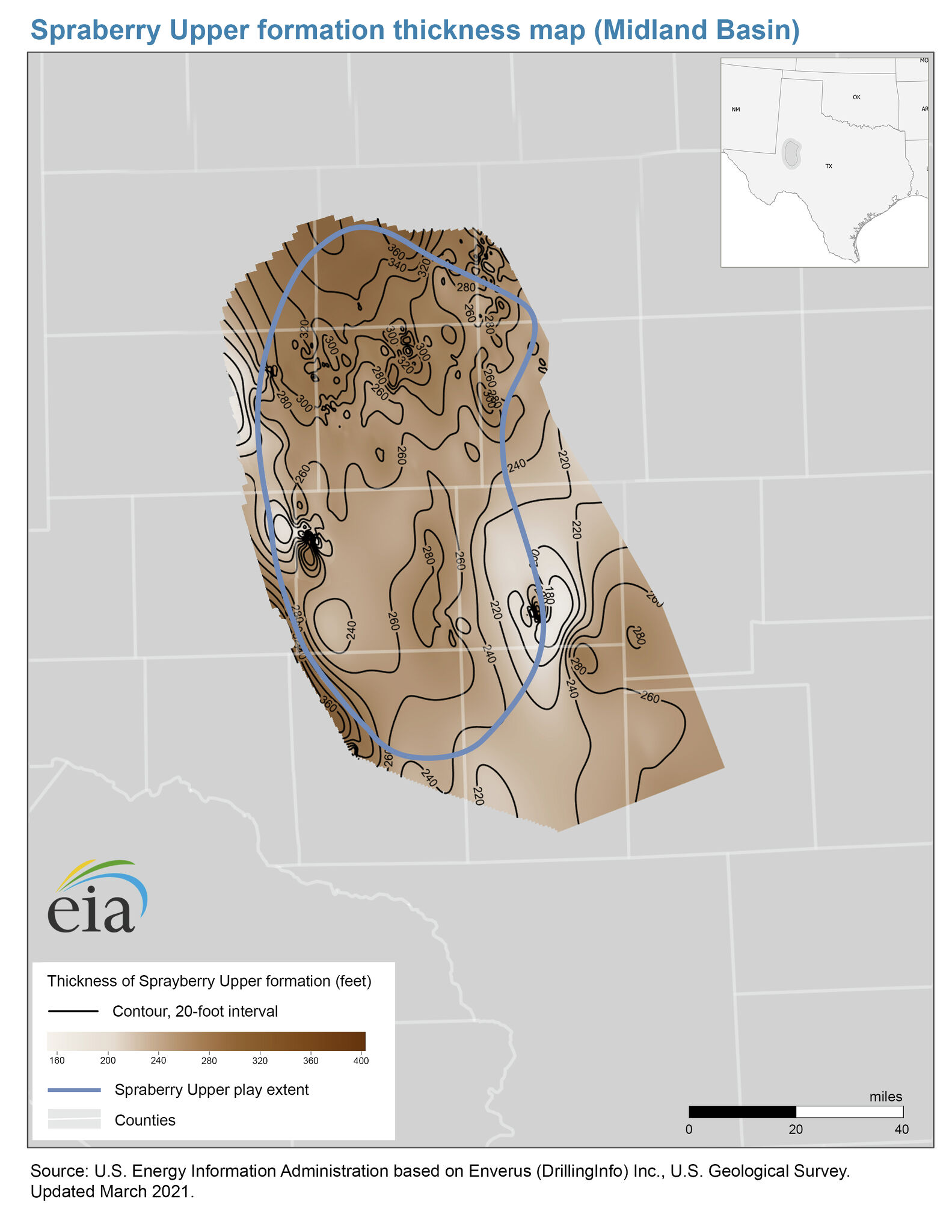 Called a gift that keeps on giving, the Spraberry formation has been producing raw gas and natural gas for about 70 years. Spurred by advances in horizontal drilling and hydraulic fracturing technology, the Spraberry has produced even more hydrocarbons over the past 11 years.

The Energy Information Administration has just updated its maps and geological information for the Spraberry, which it says continues to be one of the most prolific producing areas in the United States. Updated maps now include formation geology, deposit history and reservoir properties.

“The Permian Basin, where the Delaware and Midland Basins form part of the larger region, is the leading hydrocarbon-producing region in the United States and accounts for more than 30% of national crude oil production and approximately 18% of natural gas production,” Olga Popova, chief geologist/physicist at the EIA and lead contributor to the update, told The Reporter-Telegram via email. The Spraberry, she added, is one of the main producing formations of the Permian.

She said the EIA expects Spraberry production to continue to drive growth in hydrocarbon production in the Permian.

The measured depth of the formation ranges from 2,000 feet to 7,000 feet and the thickness varies between 1,200 and 3,000 feet. The formation consists of a series of organic-rich shales interbedded with fine-grained sandstone, siltstone and carbonate.

The formation has been divided into three benches: Upper Spraberry, Middle Spraberry and Lower Spraberry. The upper and lower benches are composed of fine-grained silty sandstone with intermittent silty shale. The middle bench separates the two and consists mainly of black shales and dark carbonates with some sandstone. The rocks are characterized by very low porosity and permeability.

Large reserves of oil were discovered in the sandy beds of the Spraberry in the early 1950s and were mostly depleted by the end of the 20th century before horizontal drilling and hydraulic fracturing revived production.

These maps show what to expect from Monday’s thunderstorms

The varied surface suggests a dynamic history, which could include metallic…