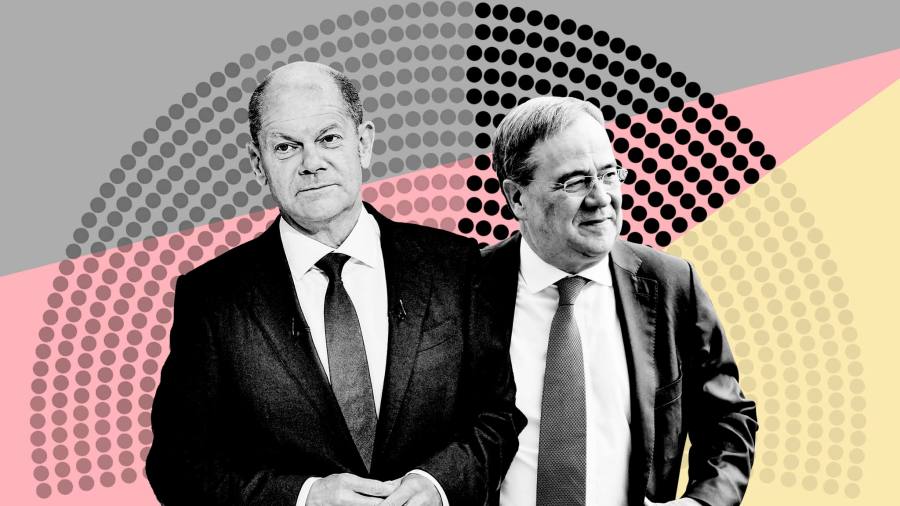 Election results in Germany in the form of graphs and maps

The center-left Social Democrats (SPD) won the German elections with a slim lead over the conservative CDU / CSU bloc. Olaf Scholz of the SPD and Armin Laschet of the CDU both say they hope to form a coalition to succeed Angela Merkel as chancellor.

The Greens and the liberal FDP have made progress and will likely be part of the next government, whether led by Scholz or Laschet.

The far right Alternative for Germany (AfD) and the far left Die Linke (the left) both lost support.

The result is the worst in a Bundestag election for the CDU / CSU, and the best obtained by the Greens.

In the German electoral system, voters have two votes. The first is a majority one-round ballot for one of the 299 constituency MPs. The second is for a party list which is used to determine the composition of the Bundestag by proportional representation. Only parties that win 5 percent of second votes nationally, or elect three constituency deputies, are included in the proportional distribution of seats.

The SPD won several seats in the CDU constituencies, including Angela Merkel’s in northeastern Mecklenburg-Western Pomerania. The Greens also made gains, mainly in seats previously held by the CDU in cities in the West.

Although its share of Bundestag seats overall declined, the AfD won the largest share of votes in the states of eastern Saxony and Thuringia, and gained additional constituency seats there as well as in Saxony-Anhalt.

The result makes it likely that Germany will soon have its first tripartite federal government.

This would most likely imply that the Greens and the FDP would support either the SPD – in a “traffic light” coalition – or the CDU / CSU in a “Jamaica” coalition. Another â€œGrand Coalitionâ€ of the SPD and the CDU / CSU also remains mathematically possible.

A center-left â€œred-red-greenâ€ combination of the SPD, the Greens and the left is just short of the majority.

Where the voters went

With Merkel not present, the CDU / CSU bloc could no longer count on part of her personal support. Poll exit estimates suggest that more than 3 million net voters who supported the CDU / CSU in 2017 defected to other parties, including nearly 1.4 million for the Social Democrats, 900,000 for the Greens and 340,000 for the FDP.

The new Bundestag will be the largest ever with 735 seats – well above its low of 598. In Germany’s electoral system, designed to ensure proportionality, the chamber usually has a few more members. But the recent fragmentation of the party system led to a strong expansion in the last elections, leading to some attempts at reform.

Eight parties are now represented. The Association of Voters of South Schleswig (SSW), which represents the Danish and Frisian minorities in Schleswig-Holstein and is therefore exempt from the usual 5% threshold, will only have a Member of Parliament for the second time since it took over. won a seat in the first Bundestag Election in 1949.

Although it got just under 5% of the vote, the left will also get its full proportional distribution of seats, as it won three of the first past the post.