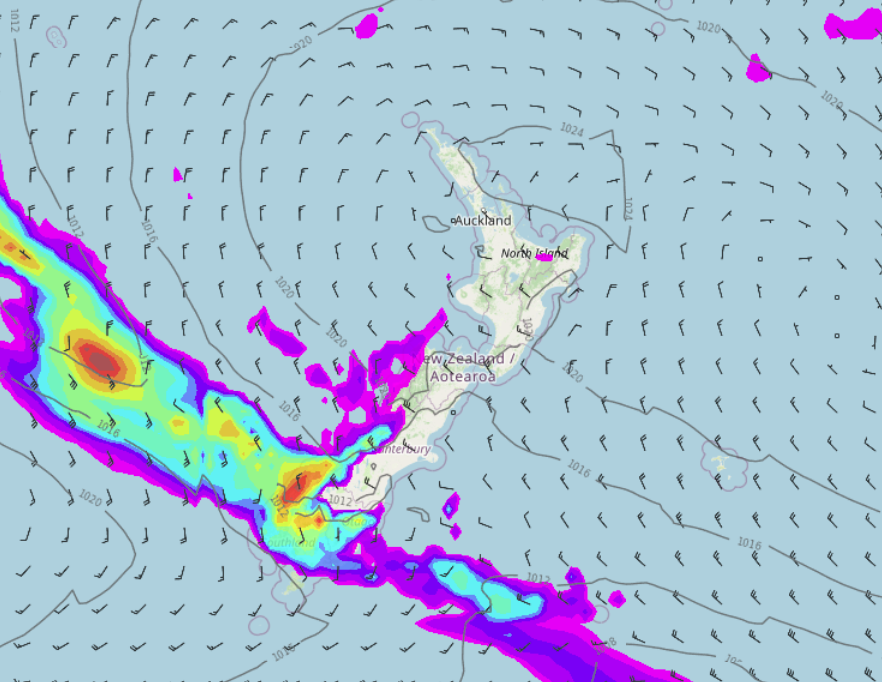 The high pressure today brings mostly stable weather to the North Island. Northwesterly winds for the South Island bring some showers to the west, heavy rain over Fiordland, dry and hot to the east.

Northland, Auckland, Waikato and Bay Of Plenty
A few morning clouds, maybe a morning shower then breaking up and becoming mostly sunny. Light winds then sea breezes in the afternoon.
Maximums: 21-23

Wellington
A mix of sun and cloud, strong to galey northwesterly winds.
Maximums: 18-19

Canterbury
Mostly sunny, there may be a touch of high clouds, northwesterly winds. Overnight the winds change to the south with showers starting to push from the south.
Maximums: 21-26

Western coast
Mainly cloudy, rain for Fiordland with heavy falls, a few showers further north to around Greymouth. Later in the day or overnight, the rain spreads northward along the coast. Winds north to northwest.
Maximums: 15-20

Southland and Otago
Rain breaks in the morning for Southland with southerly winds developing overnight. Otago has a dry morning with lots of high cloud, the northwesterly winds change to south in the late afternoon or evening, then a few scattered rains set in.
Maximums: 15-22