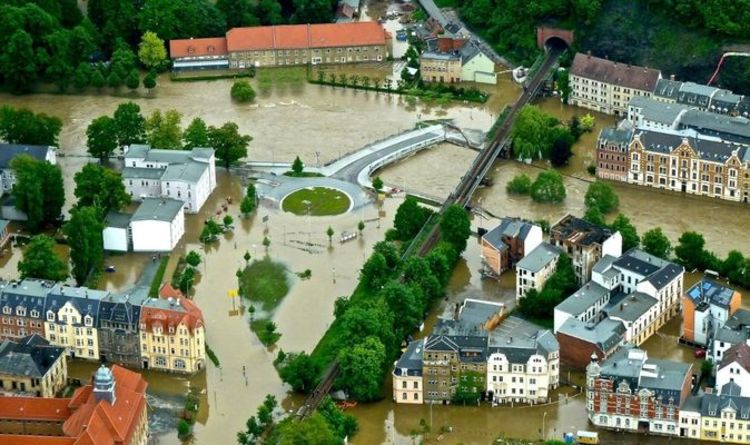 Catastrophic floods hit Western Europe this week. Recovery efforts are underway after heavy rains caused terrifying flooding in parts of Germany, Belgium and the Netherlands between Tuesday and Thursday. At least 150 were killed in the floods, with many of those casualties recorded in Germany where the most extreme rains hit, but 20 deaths were also recorded in Belgium.

Hundreds of people are still missing, German authorities said on Friday as waters continue to rise as well as power outages and landslides reported across the country.

The loss of life and damage has been devastating. Images of the affected areas show entire villages underwater in Belgium and Germany.

Buildings collapsed, cars were submerged and huge amounts of debris were swept into the affected areas.

Extreme precipitation has also affected Luxembourg, the Netherlands and Switzerland.

The city of Cologne was one of the worst affected regions in Germany, KÃ¶ln-Stammheim an area of â€‹â€‹the city that experienced a deluge of 153 mm of rain in one day, six times the average of the days with the most precipitation. abundant for this region in July.

According to the Deutscher Wetterdienst in the worst-affected regions of Germany, two months of rain fell in just 24 hours.

A map from Deutscher Wetterdienst shows that flooding was a 100-year event or has only a one percent chance of occurring in any given year.

Many places in West Germany received a staggering amount of rain, between Tuesday and Thursday, between five and seven inches, with locally higher amounts.

Many said the intensity of the flooding was exacerbated by man-made climate change.

Some had said the floods were a clear signal that stronger action is needed to tackle climate change.

European Commission chief Ursula von der Leyen said: “It is the intensity and duration of events that science tells us is a clear indication of climate change and that it is something that really, really shows the urgency to act. “