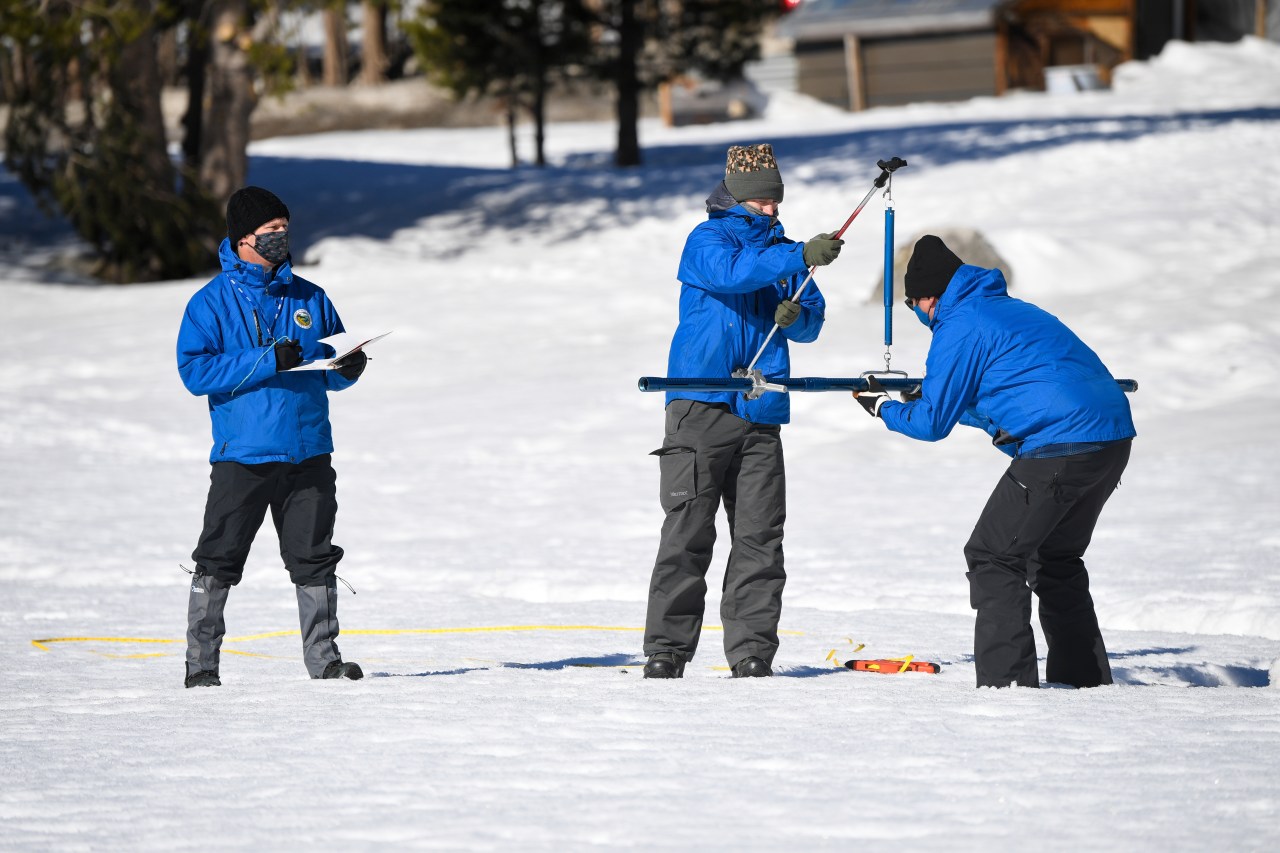 California’s snowpack is now below average for this time of year after a dry January, a dramatic turnaround from the previous month when the Sierra Nevada was inundated with record amounts of snow.

As of Tuesday, snow water content measured 90 to 95 percent of normal in the Sierra Mountain Range, with the statewide average hovering around 92 percent, according to the California Department of Water Resources.

The new numbers reveal a staggering reversal from late December, when the state’s ever-shrinking snowpack was replenished by a deluge of storms that brought record snowfall to parts of the Sierra. .

In the first snowpack survey of the season, conducted at Phillips Station on December 30, snow water equivalent was found to be around 160% of normal for the end of the year. – the highest figure measured for this period in more than a decade.

You can see the difference between the Northern, Central, and Southern Sierras between late December and today below:

The decrease in water was due to an unusually dry January, traditionally one of the wettest months in California.

With dry conditions expected to persist for the next two weeks, Swain said the percentages will continue their precipitous decline.

Swain also noted that it’s not just the lack of rain and snow that is to blame for the depletion of the water content of the snow: “It’s also been much warmer and sunnier than usual at high altitudes in January, which has resulted in significant snowmelt in mid-winter (so there is an active loss of snowpack, not just a slowdown in growth)”, he tweeted.

The snowpack provides about a third of California’s water supply once it melts and flows into reservoirs, which is why the numbers are so critical.

The latest federal drought watch map continues to show California is mired in drought, with nearly two-thirds of the state experiencing severe drought. Still, that’s a big improvement from about six weeks ago, when about 80 percent of the state was in one of the two worst drought categories — exceptional or extreme.

“We are definitely still in a period of drought. A completely dry January shows how quickly excesses can disappear,” DWR Director Karla Nemeth said in a statement after the department conducted its second snowpack survey this winter. “California’s climate variability proves that nothing is guaranteed and further underscores the need to conserve and continue to prepare for a possible third dry year.”