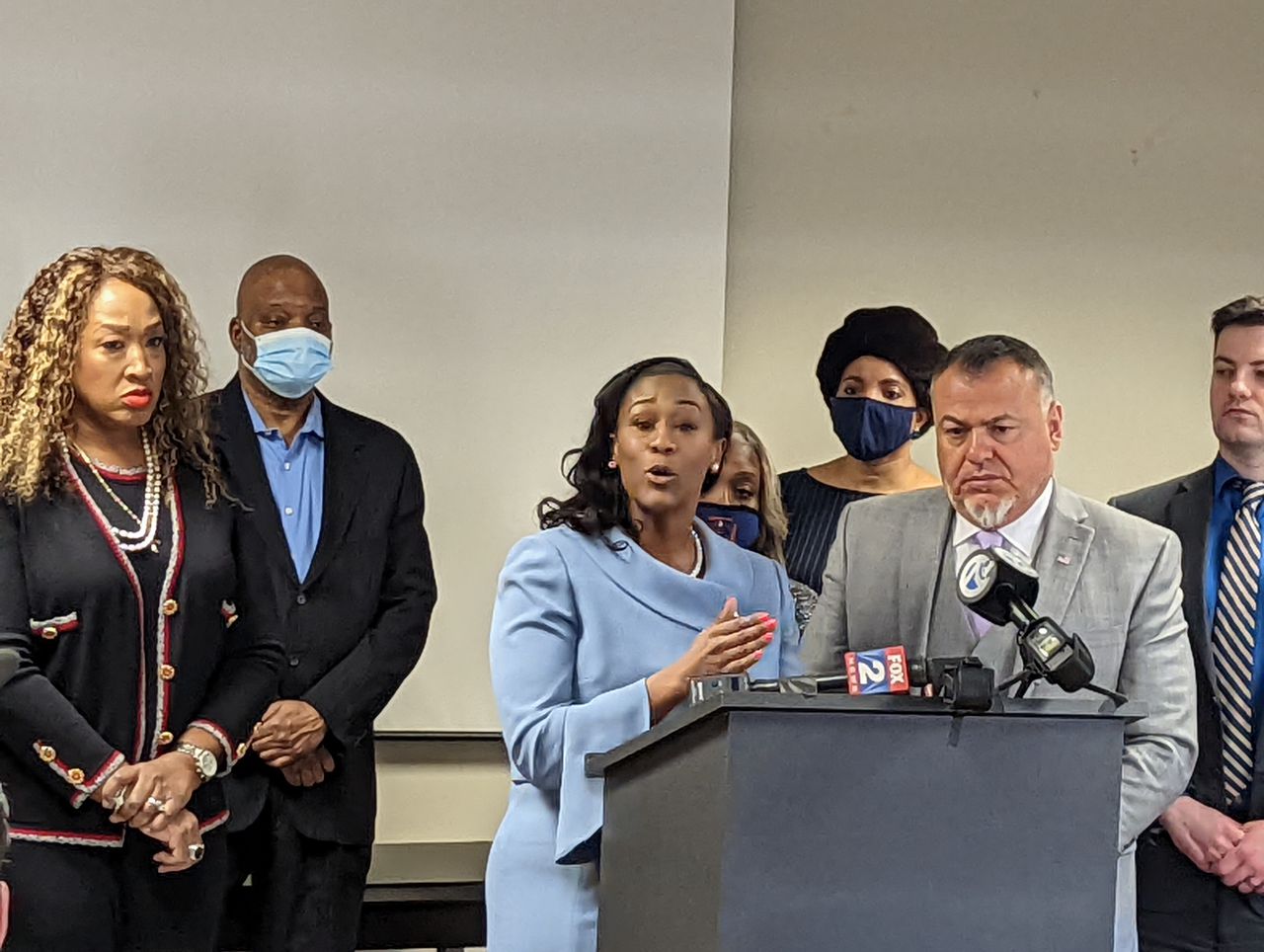 The Michigan Supreme Court dismissed a challenge to the state’s redistricting commission’s political maps Thursday night, finding in a 4-3 opinion that the new districts do not violate federal voting rights law.

The majority opinion supported by Chief Justice Bridget McCormack and Justices Megan Cavanagh, Elizabeth Clement, and Elizabeth Welch found that the Detroit Caucus and other plaintiffs who claimed the lack of majority-minority districts on the maps prevented black voters to elect their preferred candidates did not offer sufficient evidence that the commission’s work did not comply with the suffrage law.

The Detroit Metro configuration of the commission’s state legislative and congressional maps, approved in December by a majority of the 13-member panel, generated the most controversy during the mapping process, primarily due to the fears that the maps could jeopardize the future electoral prospects of Black lawmakers and erode the number of black Detroit residents in elected offices in the state.

Bruce Adelson, the commission’s attorney for the Voting Rights Act, told the commission that the Voting Rights Act does not require states to comply with majority-minority districts, as long as the maps protect the possibility for minority voters to elect the candidates of their choice. Commissioners and legal advisers have maintained this interpretation despite criticism and legal challenges.

The majority decision to dismiss the challenge found that without concrete evidence to support it, the argument that the reduced number of majority-minority political districts in the new maps violates the Voting Rights Act was not enough to dismiss the commission’s interpretation and reopen the mapping process.

“The plaintiffs have not identified grounds or legal authority that would allow us to question the Commission’s decision not to draw majority-minority districts based on race,” the order reads.

In a dissenting opinion, three judges – Justices Brian Zahra, David Viviano and Richard Bernstein – said they would have appointed an independent expert to investigate the matter further and assess the evidence and claims made by both sides.

Given that the case raises important questions about a new redistricting process and a topic little discussed by the court, the three dissenting justices argued that dismissing the case at this stage was “premature”.

“Ignoring the complexities of this case (and VRA cases generally), the majority have completely abdicated their responsibility to assess the sufficiency of the evidence presented in this case and to explain why it is inadequate,” reads their dissent. . “We believe the Court should be more thorough and circumspect in assessing the factual sufficiency of an incomplete record involving such a complex, unfamiliar and vitally important matter.”

Although the Voting Rights Act is federal law, whether the commission complied with it can be reviewed by the Michigan Supreme Court, as the state constitution requires the commission to draw maps in accordance with the law.

As commissioners worked through the mapping process, experts advised them not to “cram” black voters too tightly into political precincts, which means putting more voters in a precinct than necessary to elect their preferred candidate.

The commission’s strategy for unpacking the city of Detroit in state legislative maps was to divide the city into several different districts that also include parts of neighboring communities. The idea was also to make the statewide maps as a whole fairer for Democratic voters, since many state Democrats are geographically concentrated in Detroit and other major cities.

But critics have argued that in addition to dramatically reducing the number of majority-black neighborhoods, the commission’s strategy unfairly divides Detroit residents into neighborhoods with other communities that don’t share unique political interests and needs. from Detroit.

The Detroit Caucus lawsuit wasn’t the only litigation that challenged the commission’s work.

A lawsuit filed in federal court by several Michigan Republicans claimed the commission used “inconsistent and arbitrary” methods and failed to meet four of the required criteria: equal population, respect for communities of interest, consideration of account of the boundaries and compactness of counties, cities and townships.

Another lawsuit recently filed by the League of Women Voters and other organizations claims the commission’s State House card violates partisan fairness criteria.

Pending the results of legal challenges, the maps approved by the commission will come into effect in time for the 2022 election and will remain in place for the next decade.

The final votes on the maps concluded a months-long process that marked the first test of an independent, citizen-led commission drawing Michigan’s political maps instead of the legislature. The process was approved by voters in 2018.

What they went through:

See the new maps approved by the Michigan Redistricting Commission for Congress, House and Senate

Who are the commissioners and what they do:

Michigan voters chose to remove politicians from the redistricting process. It’s time to weigh in.

The Michigan Redistricting Commission wants to see your ideal political maps. Here’s how to make them.

What happens now that Michigan’s first round of redistricting hearings are over?

US Census data has arrived. The drawing of the political map of Michigan can finally begin.

All cards offered can be viewed here.

Mapping Michigan: Here’s where the redistricting process is at

The process so far:

Michigan’s redistricting commission promised transparency. Why has it been so difficult to follow their work?

7 things to know ahead of Michigan’s redistricting public hearings

Faced with a lack of time, the Michigan redistricting commission cuts public hearings

Want to weigh in on Michigan’s future political maps? here’s how

With 761 comments collected so far, officials hope more Michiganders will participate in the development of political maps

Michigan hotline will make it easier to comment on political redistricting