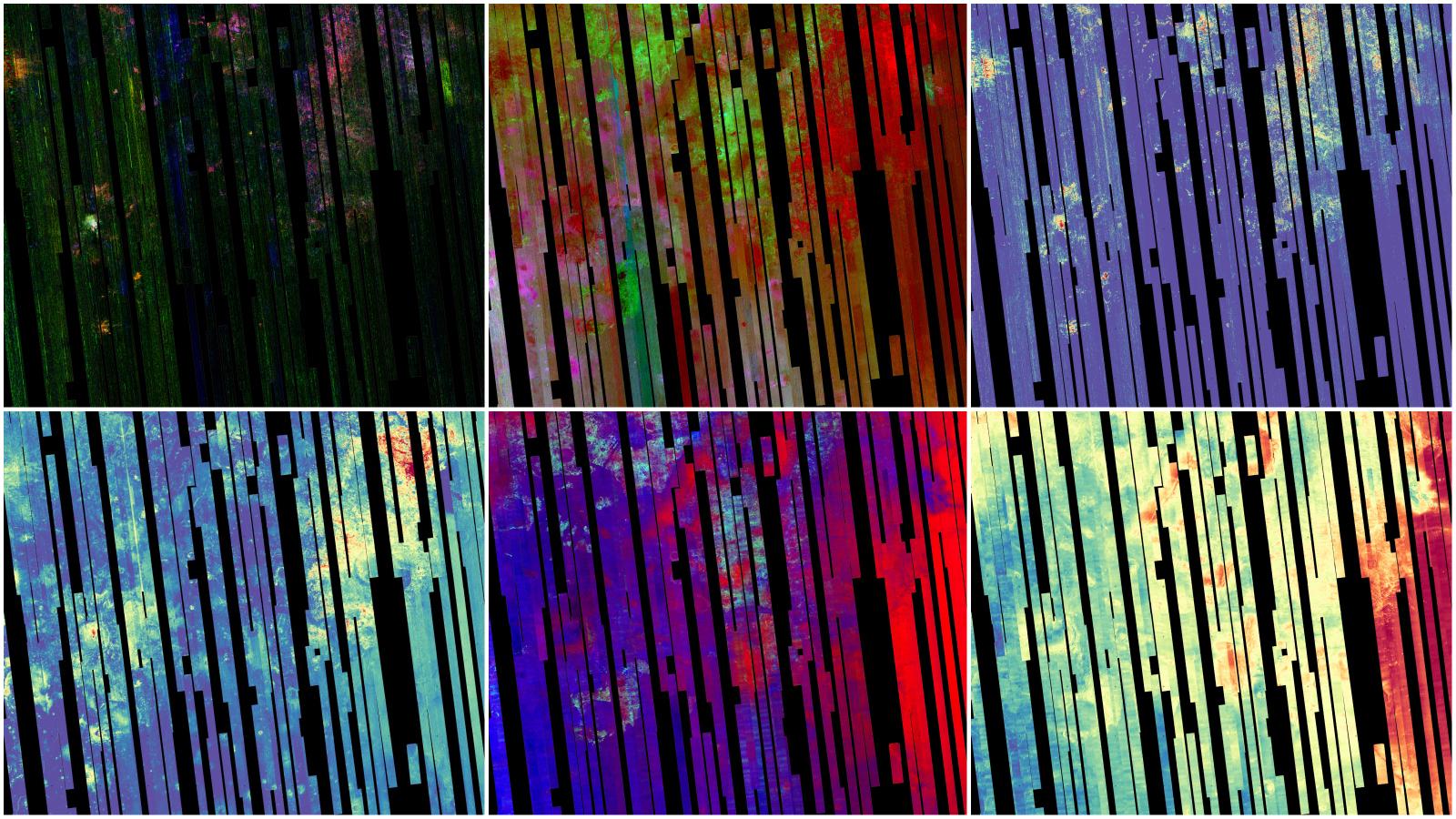 NASA Mars Orbiter releases one of its latest rainbow-colored maps

The first element of this new map includes 51,000 images, each representing a “strip” 336 miles (540 kilometers) long by 6 miles (10 kilometers) wide that was captured as the MRO passed. The resolution is lower than that of CRISM maps made from focused observations because the data was acquired with the instrument looking straight down, a different imaging strategy designed to cover much more of the planet.

To acquire its data, CRISM used two spectrometers, one of which was designed with three cryocoolers to keep temperatures low so it could more clearly detect the longer wavelengths of reflected solar infrared light. Used successively, the last of these cryocoolers completed its life cycle in 2017, limiting the instrument’s ability to visualize visible wavelengths. This will therefore be the last CRISM map covering the entire wavelength range of the instrument. The instrument is now in standby mode and may log data a few more times in the coming months before being taken out of service.

A final map will be released later this year, covering visible wavelengths and focusing only on ferrous minerals; this will have twice the spatial resolution of the last map.

“The CRISM survey was one of the crown jewels of NASA’s MRO mission,” said Richard Zurek, mission project scientist at NASA’s Jet Propulsion Laboratory in Southern California. “Analysis based on these final maps will provide new information about the history of Mars for many years to come.”

MRO is run by JPL, which is a division of Caltech in Pasadena. CRISM is led by the Johns Hopkins University Applied Physics Laboratory.