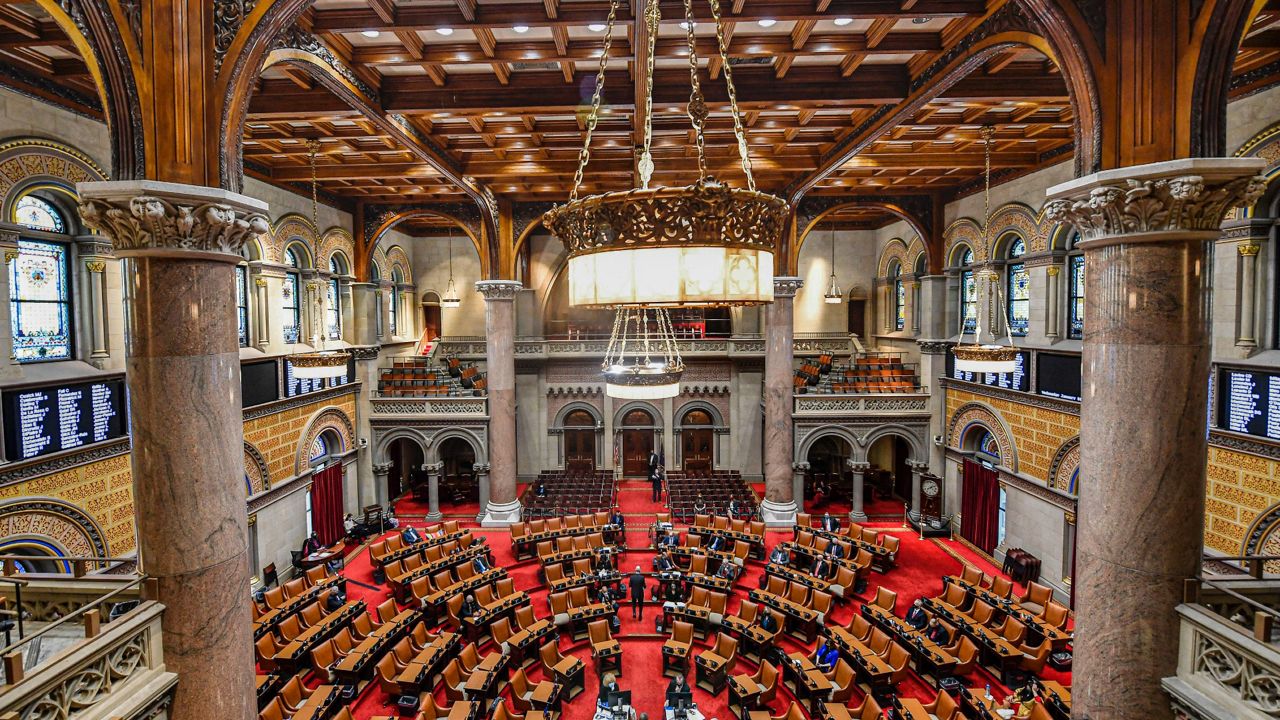 Members of the state redistricting commission began work on new state assembly district lines due in less than two weeks after a leadership shakeup of the group.

The commissioners plan to meet on December 1 – a day before the deadline for drafting these new maps, to vote to accept the plan so that public hearings can be held statewide early in the year. next. They are using much of the Assembly districts they agreed to earlier this year and say they are on track to meet the Dec. 2 deadline.

This will be the first time the commission has met since last winter.

Earlier this year, a state Supreme Court judge struck down Assembly cards because lawmakers failed to follow procedures outlined in the state constitution. An appeal has been filed to try to have the lines drawn by a special appointed master, who is awaiting a decision from the Court of Appeal.

Jenkins, a Democrat, is a former county legislator and a longtime ally of top Democrats, but says he is committed to working with everyone and a fair balance of all voices.

“Ultimately, there will be a few areas around the state that will have challenges, but those challenges can be overcome with trade-offs,” Jenkins said. “I look forward to working together to achieve this.”

Jenkins spoke with Commissioner Charlie Nesbitt, a Republican appointee who rose to lead the group.

The pair have different political leanings but are in agreement to agree on a set of Assembly cards after commissioners failed to reach a consensus earlier this year.

Nesbitt says the commission was burdened in 2020 by a lack of state funding, tight time constraints and U.S. census delays during the early days of the pandemic.

“I encourage my fellow commissioners to just be open to discussion,” Nesbitt said on Friday. “I think, frankly, they are.”

When commissioners meet in person Dec. 1 at the Legislative Office building in Albany, they are expected to vote to set the schedule for statewide public hearings on new districts in addition to approving draft lines. .

They will also elect a president and vice president from different political parties.

Both Nesbitt and Jenkins have expressed an interest in becoming the commission’s next chair.

“We haven’t discussed who will actually be the president and who will be the vice president,” Nesbitt said. “Certainly, I will be one of them.”

Jenkins cited his time as Yonkers NAACP president and his work in political and nonprofit organizations as why he should lead the commission through his work.

“This is a particular process, especially in our time, where the premise of democracy is so important,” Jenkins said.

The 10-member commission is evenly split between Republican and Democratic nominations.

Voting to elect a chair and vice-chair could provide insight into how they can compromise – especially after the group’s stalemate in fall 2020 to elect someone to either position several times, leaving them vacant for months.

Commissioners are appointed to the Independent Redistricting Commission indefinitely and do not have terms that expire, meaning the selected president and vice president could influence the state’s electoral districts for decades.

Ongoing discussions among lawmakers continue over changing the structure of the Redistricting Commission in the state Constitution, as New Yorkers voted in 2014.

Former President Imamura said the process would be best for democracy without political appointees when he resigned this week. But Nesbitt stressed that the map-drawing process can work in the current structure, but it needs to be given a chance.

The redesign of the Assembly map is that opportunity, Nesbitt said.

“Well, the proof will be in the pudding,” he added with a smirk. “It’s always possible.”