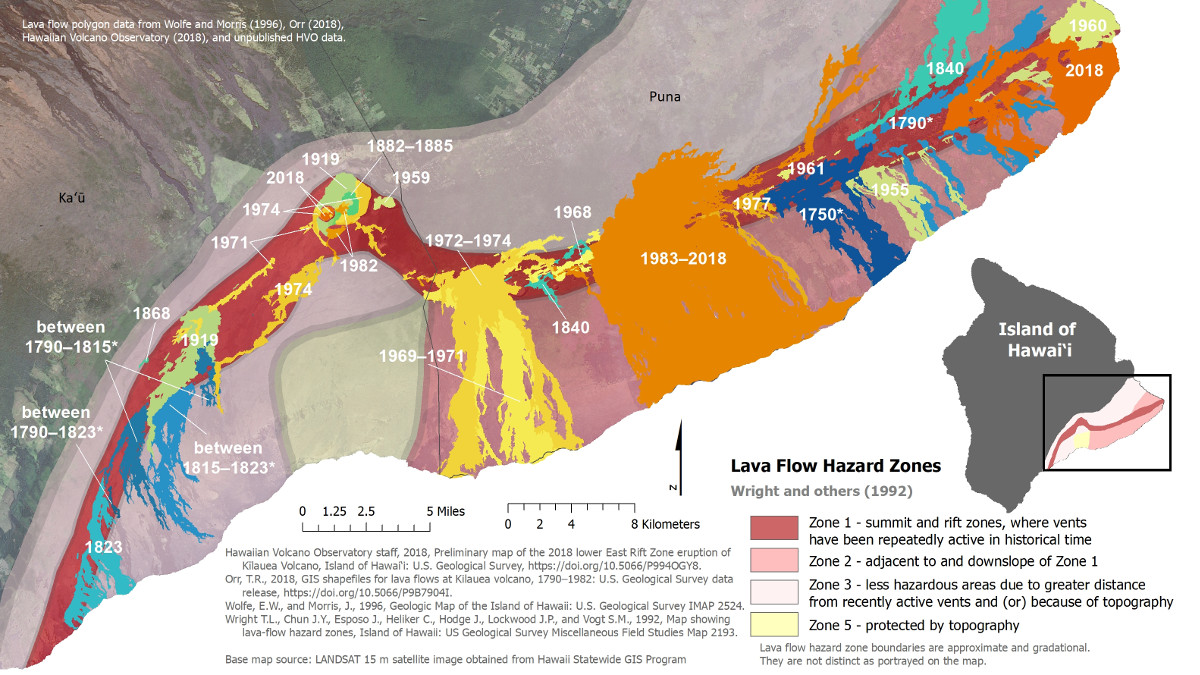 (BIVN) – The cyclic eruption styles of Kīlauea and Mauna Loa volcanoes are illustrated by new maps, part of an update to the USGS Hawaiian Volcano Observatory “Geology and History” web pages.

Those pages now include maps and links to revised tables summarizing volcanic activity over the past 200 years on each volcano, the HVO wrote in a brief statement announcing the updates. You can also access updated Kīlauea and Mauna Loa maps and tables directly online.

Long periods of explosive (dominated by tephra) and effusive (dominated by lava flows) activity have alternated in Kīlauea over the past 2,500 years. Scientists deduce that the style of eruption is determined by the amount of magma supplied to the volcano. When the magma supply is high, the summit caldera fills up and feeds the voluminous lava flows from the summit vents and the rift zone. When the supply of magma decreases, the caldera collapses. When the caldera floor is deep enough to be at or near the water table (about 500 m (1640 ft) deeper than it is now), water can seep into the vent to trigger steam explosions. Eventually, the magma supply increases and effusive eruptions dominate as numerous lava flows fill the caldera and exit the rift zones. 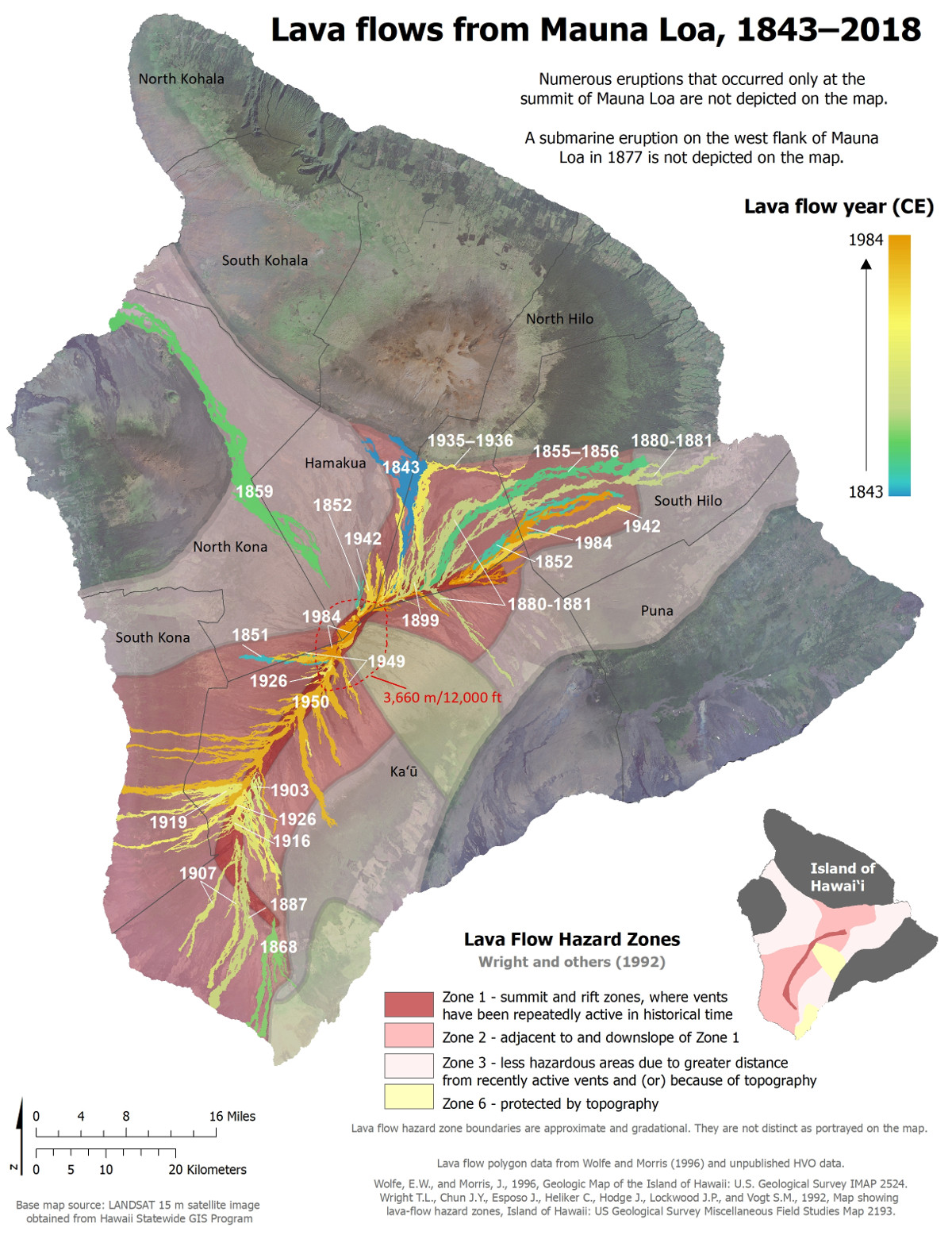 On the Mauna Loa page, scientists write about how recent lava flows alternately spread from the summit area and fault areas, saying:

Detailed geological mapping and dating of above sea level lava flows has shown that approximately 90 percent of Mauna Loa’s surface is covered with lava flows that erupted in the past 4,000 years. Hundreds of lava flows erupted during this time, but they did not cover the volcano evenly. By tracing the flows back to their vents and knowing their ages based on radiocarbon dating, geologists recognized a general pattern in the frequency of lava flows propagating from the summit area and rift areas over the course of for the last thousands of years.

Neither the Mauna Loa nor Kīlauea volcanoes are currently erupting.

Maps reveal what the 8th continent, Zealandia, looks like underwater