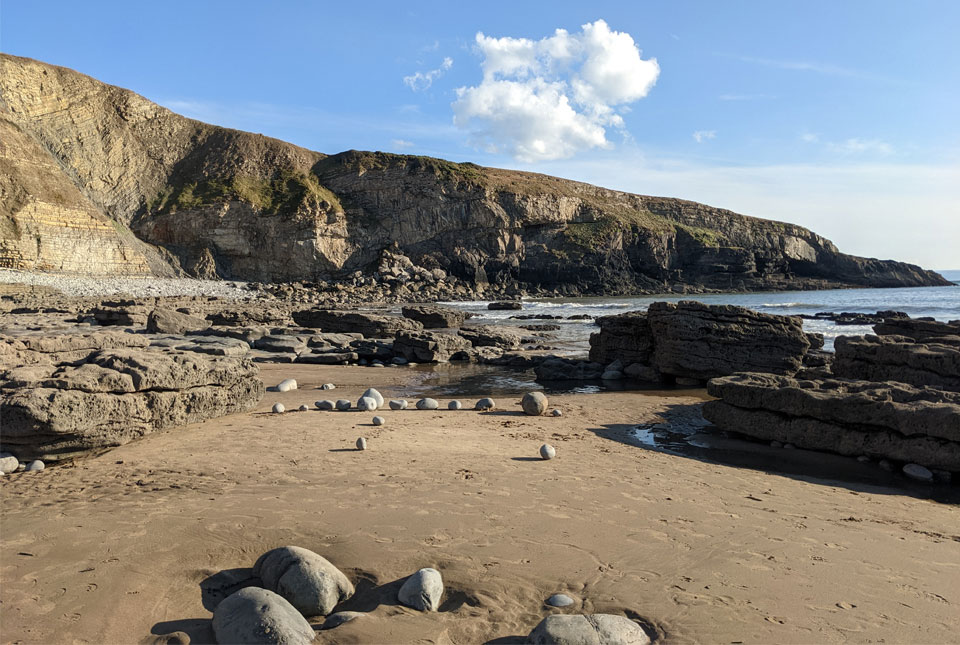 New seabed maps offer a window into the distant past

BGS has begun publishing a new series of high-resolution offshore geological maps showing the distribution of bedrock and sediments that make up the seabed around our shores. The Bristol Channel and Anglesey charts were the first to be published, with other areas such as Yorkshire and East Anglia to follow as our charting program progresses.

This article takes a closer look at the seabed featured in the first map in the series, which stretches along the central part of the Bristol Channel from southern Swansea Bay in the west to Newport in the east. ‘is.

The Bristol Channel is a large estuary and river system that stretches from the Celtic Sea eastward to the limit of tidal influence along the River Severn at Gloucester. The channel separates South Wales from Devon and Somerset and has the second highest tidal range in the world at Avonmouth, with an average spring range of 12.3m (SouthWalesPorts.co.uk).

The Bristol Channel seafloor is partially covered by soft sediments (surficial deposits), but much of the area is free of sediment cover, allowing detailed mapping and interpretation of bedrock units and features. The bedrock geology recognizable in the bathymetric data will be familiar to anyone familiar with the South East Wales coastline, characterized by low cliffs of Carboniferous limestone surrounded by younger, Triassic and Jurassic rocks.

The bedrock geology presented on the new maps shows a pattern of small outcrops of highly fractured Carboniferous rocks of the Pembroke Limestone Group, which would have formed a landscape of hills and valleys as a result of uplift and erosion caused by the orogeny. Variscan.

A window to the distant past

During the Triassic this part of Wales was hot and arid with wadis, flash floods and scree slopes (Mercia Mudstone Marginal Facies) surrounding hills and cliffs. The low ground between the lakes had deposits of mudstones and periodically evaporated to leave salt pans (the “red beds” of the Mercia Mudstone Group). These deposits sit unconformably on the Lower Paleozoic landscape.

During the Upper Triassic and Lower Jurassic, a marine transgression, or sea level rise, flooded the landscape. A series of deposits recording this event are visible in the cliffs of the Vale of Glamorgan and traced offshore (Penarth Group). By the Jurassic this part of Wales had become a navy and units of the Lias Group were dropped off including the, which is divided into St Marys Well Bay, Lavernock Shales and Porthkerry members. The youngest identified bedrock unit is the lower oolite group, which records deposition in a shallow marine shelf environment.

All these rocks were then deformed, most likely by the Alpine orogeny. It was a period of mountain building in central and southern Europe and western Asia. The orogeny resulted in a network of folds, fractures and faults which is particularly apparent in the deformation and shifting of rocks in the well-bedded Porthkerry Member and Lower Oolite Group.

The northeast to southwest orientation of the inner part of the Bristol Channel (which is included in the eastern part of our new dataset) and much of the Severn Estuary is influenced by the Severn Estuary Fault. It is a dextral strike-slip fault zone considered to have been active during the early Carboniferous. Comparable northeast to southwest trending faults have been recognized in the eastern part of the area covered by this dataset, where they dissect earlier formed folds and offset bedding in the Porthkerry Member.

However, in the central and outer parts of the Bristol Channel, the faults are dominated by:

These structures were digitized as “observed defect, displacement unknown” due to potential complexity and multiple phases of movement over time. There is also an absence of clear marker horizons or beds within, in particular, the Porthkerry Member.

The east-to-west trending faults are interpreted as part of the Bristol Channel Central Fault Zone, a major fault system that developed in response to the extensional reactivation of an underlying Variscan thrust during the Mesozoic. Northwest-to-southeast trending faults in the Bristol Channel, including the Sticklepath–Lustleigh and Watchet faults (also known as Cothelstone), are interpreted as older Variscan structures that reactivated in response to tectonic events during the Mesozoic and Cenozoic.

The surficial sediments identified in the dataset include marine deposits which include:

The sand and gravel deposits in the central part of the dataset are related to areas of potentially mobile sediment in the Bristol Channel. A range of bedforms associated with recent or contemporary marine processes in a tidal dominated environment have developed on these surficial sediments.

Linear ribbon-like areas of sand and gravel are located along a marked channel incised in the bedrock, which denotes the course of the paleo-River Severn and its tributaries. Smaller areas of sand are found to the north and south of this paleo-river channel, where they are found on relatively flat to very gently sloping bedrock areas, particularly in the area underlying the sequence of well-stratified limestone and mudstone of the Porthkerry Member. .

In some areas, the sedimentary cover is relatively thin and the bedrock geology can be clearly seen or traced through these surficial deposits, or the surficial deposits are too thin to be clearly represented on a geological map designed to be viewed at 1: 10,000 scale. Therefore, only the largest and thickest surficial deposits have been captured (digitized) in the dataset, to provide the user with an indication of major areas of potentially mobile sediments.

The surficial sediment cover at the eastern end of the mapped area is generally finer grained (mud and sand), reflecting its location in the inner part of the Bristol Channel.

An area of ​​exposed gravel and sand and gravel at the northwest end of the dataset may represent a submerged, shallow coastal sequence, with the sands and gravels filling an irregular network of tidal channels. The coarse-grained nature of these deposits may, at least in part, result from the subsequent removal (winnowing) of the fines (mud) by tidal currents in the high-energy environment of the central Bristol Channel.

The current geomorphology of the seabed across the Bristol Channel is influenced by events that occurred throughout the Quaternary. Evidence of fluvial processes is found in the form of the Paleo-River Severn Channel and its tributaries. These paleochannels are incised in the bedrock in the central and inner parts of the Bristol Channel, their margins being denoted by marked breaks in slope (both convex and concave).

The bottoms of the larger channels are locally covered with sand and/or gravel, with well-developed bedforms on the surface of these surficial deposits. The predominantly north-south trend of the sand wave crest lines is consistent with the fact that surficial deposits are variably reworked by tidal currents flowing parallel to the central axis of the Bristol Channel.

The breaks in slope within the larger channel marking the main course of the paleo-River Severn are considered to mark the more or less degraded edges of the old river terraces. Elsewhere, the surface of surficial sediments and bedrock is relatively smooth or incised by long linear, positive and negative features formed as a result of scouring of the seabed by strong bottom currents.

These maps are available from BGS in the fine-scale maps section of the Offshore GeoIndex and are designed to be viewed at 1:10,000 scale.

Downloadable data is also available through a commercial data license, but without charge for academic research, use by registered charities, or in connection with emergency or civil contingency incidents.

Debt consolidation: how to get out of holiday debt