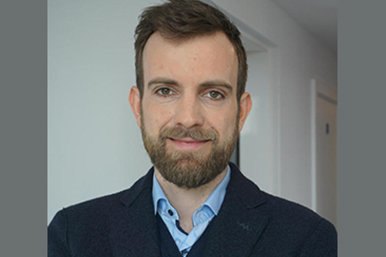 AMHERST, Mass. – Driven by technological, societal and political changes, renewable energy technologies are gradually replacing fossil fuels. Until governments meet their net-zero emissions pledges, these changes will accelerate, with the result that current oil and gas assets could be overvalued by more than $1 trillion, a figure that exceeds the bad risky housing pricing that triggered the 2007 financial crisis. crisis. While the reduction in future demand for oil and gas has already been quantified under a range of scenarios, and the most vulnerable assets can be identified as those likely to be uncompetitive due to high extraction costs, the ultimate ownership of this financial risk is unknown. How many reside with governments, and of which countries? How much resides with average Americans through pension funds and other investments?

To answer these questions, an international team of researchers led by economist Gregor Semieniuk of the University of Massachusetts at Amherst mapped the financial shocks associated with mispriced oil and gas reserves, from the oil companies that own them directly through financial intermediaries, such as banks and investment companies. funds, to the ultimate owners.

The researchers examined the economics of 43,439 oil and gas production assets and estimated their production and value under a scenario with strict but plausible climate policies, namely when zero emissions climate commitments by mid-century Europe and East Asia already enshrined in law are respected. . They compared these asset values ​​with a scenario in which current asset prices initially reflect investors’ anticipation of much higher projections of future demand.

In their analysis, published today in the journal Nature Climate Change, Semieniuk and his colleagues found that the locked-in assets – discounted future earnings lost – from a realigned expectation of future production and profitability from one scenario to the next. other could total $1.4 trillion. They mapped these losses first to oil and gas companies, then through intermediaries such as financial institutions to their ultimate owners, passing through a shareholder network of 1.8 million companies before they are ultimately allocated to governments or individuals through funds or equity.

“We expected some international transfer via financial ownership, but were surprised to find that in all scenario combinations we analyzed, there was a substantial net transfer of loss of 15-20% of stranded assets. global markets to countries that are part of the OECD, a club of mostly wealthy countries, from the rest of the world,” says Semieniuk, assistant research professor of economics at UMass Amherst Political Economy Research Institute (PERI).

When assessed at the site of oil and gas fields, the researchers found that approximately $550 billion in losses are located in OECD (Organization for Economic Co-operation and Development) countries, of which nearly $300 billion in high-cost fields in the United States. States. “However,” points out co-author Philip Holden of the Open University, “the transfer of ownership that takes place through the equity network transfers over $200 billion in additional risk of locked-in assets to investors based in the ‘OECD, including $100 billion in losses from Russian fields, which suffer about the same number of strandings as the United States’

Several European countries and various offshore financial centers – including countries that do not extract oil and gas themselves – also receive significant loss transfers, while some producing countries such as Kazakhstan and Nigeria transfer more half of the losses at their overseas domestic production sites due to substantial foreign ownership of production there. Meanwhile, most OPEC member countries have relatively modest losses in absolute terms due to their lower production costs and the assumption that they are moving to capture additional market share in a market in decline.

Institutionally, most of the losses – $1 trillion – are accounted for by publicly traded oil and gas companies. The financial sector holds losses of $438 billion, 88% of which are in OECD countries, and these losses could potentially be magnified by up to 29% through cross-ownership within the financial sector. When traversing the corporate ownership network, losses exceed equity by a total of $129 billion in 239 companies with total debt of $361 billion, which can lead to significant insolvencies. In the end, governments directly own losses of $484 billion, or about a third of all losses, with private individuals owning the other two-thirds through funds – including pension funds – and stocks, have discovered the researchers.

“Wealthy stakeholders have a greater stake in managing the transition to renewable energy than the geographic distribution of fossil fuel production suggests, both through their support for the fossil fuel economy and through their potential exposure to stranded assets,” says Semieniuk. “The decarbonization efforts of the countries in which these stakeholders are based may therefore be more effective in reducing oil and gas supply than previous research suggests. For example, policymakers could work with investors to reduce the capital expenditure of oil and gas companies rather than simply divesting them, transferring ownership to other, perhaps less responsive parties (‘ownership flight’). ). On the other hand, expectations of government bailouts of financial firms in these wealthy countries could also lead to perverse incentives to increase overinvestment and reap the dividends as they sink.

Financial geography should be of interest to financial regulators in OECD countries and the significant exposure of pension funds raises questions about the sustainability of some private pension funds. Yet the direct economic consequences of unemployment and the negative consequences for public finances, write Semieniuk and his colleagues, are likely to be greatest in developing, undiversified producing countries where governments bear most of the risk.

The authors note that there are significant gaps in the global ownership network and that some assets have changed since their data collection, which reports 2019 holdings. affect our benchmark or be interpreted as a staggered asset stranding,” says co-author Pablo Salas from the University of Cambridge. “It is important to note that while we can tell a lot about the risk allocation of stranded assets and draw historical analogies, our model does not allow us to predict the specific implications for financial stability.”

“This study quantifies and attributes, for the first time, the systemic risk and its ownership that fossil assets impose on the global financial system,” says co-author JF Mercure, from the University of Exeter. “This information will be very useful for financial regulators around the world, as it provides a basis for action to protect assets and pensions from the high volatility in fossil fuel markets that is expected to affect oil, gas and carbon markets. coal in the future.”

“The enormous complexity of the global financial system is a major source of concern about its potential to redistribute and amplify financial risks arising from the climate transition,” comments co-author Neil Edwards of the Open University. “Our study shows that it is possible to track and quantify at least some of this risk, and its implications for individuals and governments.”