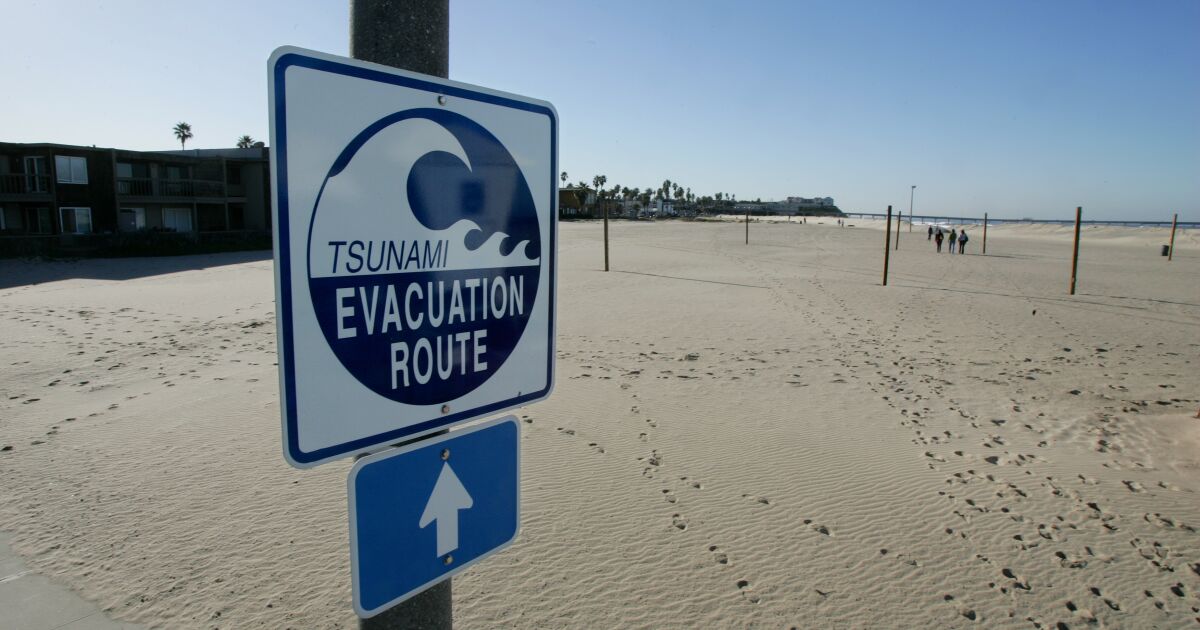 For the first time since 2009, the California Geological Survey has released new tsunami hazard area maps for Ventura, San Diego, Marin, Napa, Santa Cruz, Solano and Sonoma counties to help residents better understand the risks of a tsunami and how best to plan for a possible evacuation.

In a press release, the state geological agency said the updated maps for the seven counties include new data and improved computer modeling since an earlier map series was released 13 years ago. as well as tsunami threats from afar and locally. Thirteen other counties, including Los Angeles and Orange, received new updates in the past year, according to the agency.

“The good news is that we haven’t seen any large scale changes on the maps,” said Rick Wilson, senior geological engineer and chief of the California Geological Survey’s tsunami unit. “It’s just a good opportunity for people to visit our website and check if their region has changed and plan accordingly.”

Although tsunamis in California are rare, the entire coastline of the state is vulnerable to a tsunami at any time, according to the California Governor’s Office of Emergency Services. The last tsunami to hit California was in January, after a volcanic eruption in the South Pacific Ocean near Tonga sent 2ft tsunami waves across the Bay Area more than 5,000 miles away .

An example of the new modeling predictions shows that an earthquake off the Aleutian Islands, a group of islands off the coast of Alaska, could bring 18- to 25-foot wave swells to the boardwalk. Santa Cruz – twice as high as predictions made in 2009.

According to the National Weather Service, tsunamis can travel up various bodies of water, including rivers and streams that lead to oceans, which means they can pick up more momentum for flooding and travel farther east. inland than normal waves and cause more destruction. The most dangerous places when tsunamis strike are beaches, lagoons, bays, estuaries, mudflats and river mouths.

With 26.3 million Californians living in the coastal regions of the state, it’s important for residents to know where their tsunami evacuation areas are and how they plan to get there if a tsunami strikes. hits the area.

Despite the changes to these new maps, the likelihood of these events is low, Wilson said, and the purpose of the new maps is to help Californians be better prepared in the rare event that a tsunami does occur.

“Our goal is to ensure coastal communities are aware and prepared for the next tsunami,” the California Geological Survey said. “Updated maps of tsunami hazard areas can be used by leaders, communities, and individuals/families to update or create their tsunami evacuation plans.”

Debt consolidation: how to get out of holiday debt

Vital signs of the planet