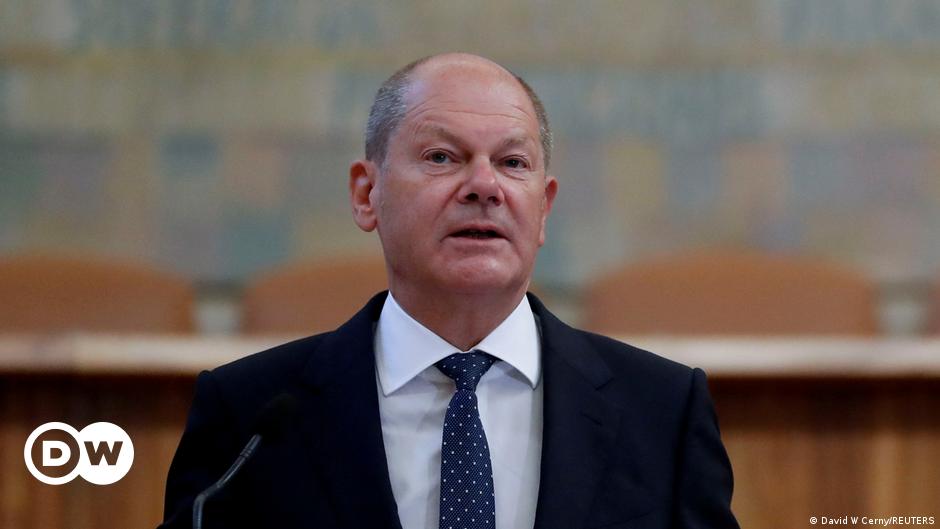 The German Chancellor spoke in the Czech capital, Prague, on Monday to present a new vision for Europe in light of the Russian invasion of Ukraine.

Olaf Scholz was talking about how the European Union and its neighbors might respond to Moscow’s aggression, which he described in February as a “turning point”.

What did the German Chancellor say?

Giving his speech at Charles University in Prague, Scholz said Europe has been facing a new political reality since Russia launched its invasion on February 24.

“At this moment, we are once again wondering where the dividing line will be between this free Europe and a neo-imperialist autocracy in the future. I spoke of a turning point after Russia invaded Ukraine in February.”

“Putin’s Russia wants to redraw borders with violence – something we in Europe have never wanted to experience again. The brutal attack on Ukraine is therefore also an attack on Europe’s security order.”

“We are resisting this attack with all the necessary determination. We need our own strength for this – as individual countries, in alliance with our transatlantic partners, but also as the European Union.”

Germany has already made fundamental changes to its military policy by announcing a 100 billion euro ($100 billion) increase in defense spending and sending heavy weapons to Ukraine. Berlin previously had a policy of not delivering arms to conflict zones.

On Germany’s arms supply to Ukraine, widely criticized as insufficient and too late, Scholz promised that more would be Finished. Berlin provided heavy weapons, including self-propelled howitzers and Gepard anti-aircraft tanks.

“Germany has undergone a fundamental reversal on this issue in recent months. We will maintain this support, reliably and, above all, for as long as necessary,” the Chancellor said. “This also applies to the reconstruction of the destroyed country, which will be a massive undertaking that will take generations to accomplish. “

The German Chancellor stressed the need for an enlarged and reformed Europe, including the Western Balkans, Ukraine, Moldova and, eventually, Georgia. Scholz said the EU’s vision of Europe was open to all European nations “who share our values” and was a rejectionn of imperialism and autocracy.

“We will not stand idly by watching women, men and children being killed or free countries being wiped off the map and disappearing behind walls or iron curtains. We don’t want to go back to the 19th or 20th century with their wars of occupation and their totalitarian excesses.”

The need for Europe to strengthen global trade relations and diversify supply chains – as underscored by the continent’s reliance on Russian fossil fuels – was also a theme.

The Chancellor also outlined the need for Europe to address old conflicts and challenges, including migration and debt, in a unified way.

However, as the bloc widened, Scholz said each member’s right to veto should disappear, with a transition to a “majority voting” system so as not to slow down the decision-making of the EU.

He also described the importance for the European Union of upholding the rule of law among member states. Brussels has already denounced the situation of the rule of law in Poland and Hungary, focusing on perceived violations in relation to the judicial system and the media.

After delivering his speech, Scholz was due to meet Prime Minister Petr Fiala for talks likely to focus on European energy policy, visa restrictions for Russian tourists and arms deliveries to Ukraine.

The Czech Republic took over the rotating presidency of the Council of the EU on 1 July.

The bloc’s foreign ministers are due to meet in Prague on Tuesday and Wednesday, and a high-level EU summit is scheduled for early October.