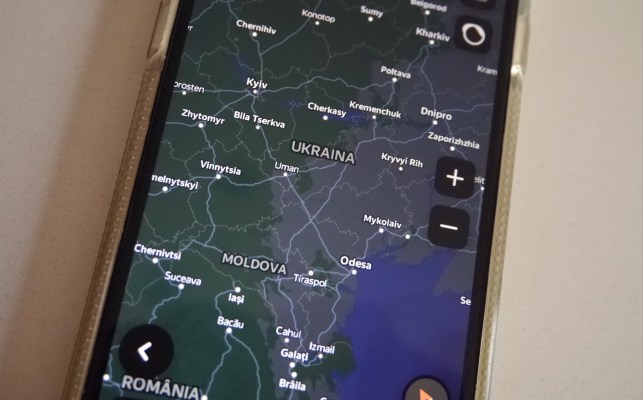 The reconfiguration of the Russian digital landscape following Putin’s decision to invade Ukraine continues to play out at a macro and micro level. Here’s a development on the latter front: Local tech giant Yandex has quietly removed national borders from its mapping product.

Users of Yandex’s maps app, which is popular in countries in the CIS region, can still see the country names displayed, but the lines representing the exact borders between countries like Ukraine and Russia are no longer visible.

We understand that this decision is an attempt to circumvent political pressure from the Kremlin linked to the war in Ukraine – where the Putin regime is trying to redraw physical borders through bloody military aggression.

A Yandex spokesperson did not explicitly state this as the reason it had taken the drastic step of erasing national borders from its mapping product when asked for comment, but in a statement the company confirmed that it had removed national borders – spinning the change as part of a shift in focus to local browsing. Which, uh, is quite head-spinning.

“Yandex Maps is a universal service that helps people find nearby organizations and places, choose public transport and plan comfortable routes. These are the primary use cases for our users,” the spokesperson told us. “In the near future, the map will become more physical-geographical at scales where it is not used for its primary purpose, i.e. map preview scales. The focus will shift from national borders to natural objects.

“Our goal is to show the world around us. Therefore, certain objects – such as mountains, rivers, lines of the polar circles and other data specific to this type of map – will appear there.

Yandex’s maps app appears to handle other potential political conflicts – such as different place names or different English transliterations of Ukrainian place names (i.e. based on Ukrainian or Russian pronunciation) – either by customizing the view, depending on the location of the user; or display conflicting options on the map, separated by a “/” symbol. Also, presumably, in an effort to try to avoid political controversy and to be able claim neutrality.

In recent months, the Russian tech giant has announced a more significant reconfiguration of its business aimed at reducing its political risk, such as announcing the sale of its news aggregator and blogging platform products, News and Zen to another local tech giant, VK after facing criticism from imprisoned Kremlin critic Alexey Navalny for allowing its platforms to be used to amplify Putin’s propaganda.

It remains to be seen how successful Yandex’s tactics to reduce its risks inside and outside Russia have been, given that most of its operations and personnel are locked in under the dictates set by the Kremlin.

Earlier this month, the European Union added a second of Yandex’s top executives – co-founder, CEO and executive director Arkady Volozh – to its sanctions list, triggering another drop in its share price, although the company itself even was not sanctioned. Volozh responded by resigning – but Yandex called the EU decision “completely unfair” and “based on an inaccurate understanding of Arkady and what Yandex is”.

“Rather than being punished, Arkady should be congratulated for having built, from scratch, one of the most independent, modern and progressive companies in Russia and one of the most innovative companies in Europe; a true pioneering search, carpooling, maps and navigation, and self-driving vehicles to name just a few of the areas in which Yandex excels,” the company added in a statement. statement expressing his disappointment on Monday.

back in March the EU also sanctioned Deputy CEO and Executive Director Tigran Khudaverdyan – who also resigned at the time. Yandex’s stock price has fallen more than 70% since mid-February.

Epicor charts a customer-centric path to the cloud