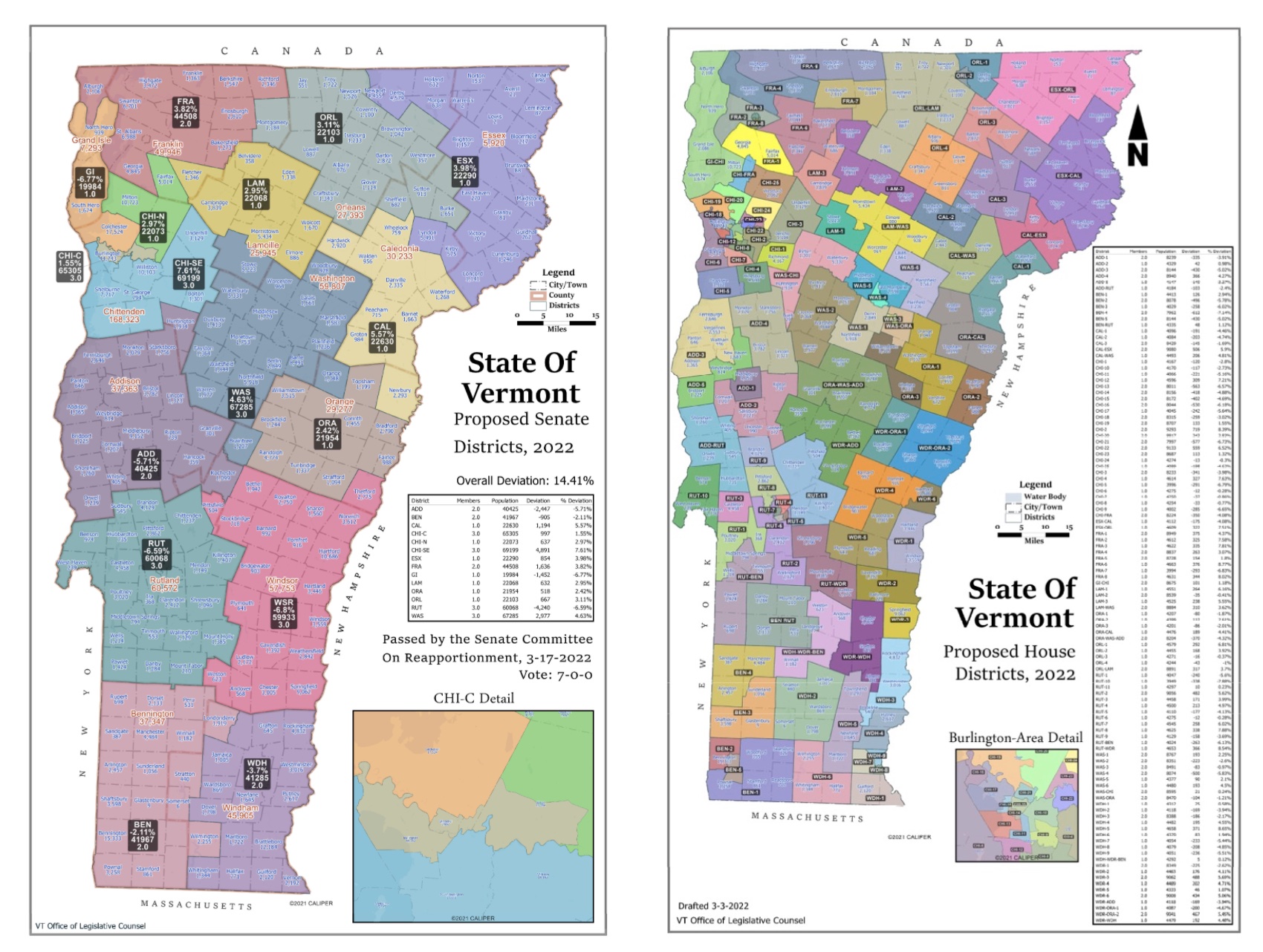 Governor Phil Scott signed the law on redesigned Legislative District Maps, solidifying the political playing field in Vermont for the next 10 years.

Scott signed H.722 Wednesday afternoon, according to a statement from his office. Cards can now be sent to the Secretary of State’s office to begin the ballot process.

The redistricting is done once a decade, but this year lawmakers had a tighter schedule than ever to redraw Vermont’s maps and allocate 30 senators and 150 representatives across 643,077 voters. The process began later than usual due to U.S. Census Bureau delays nationwide, and Secretary of State Jim Condos urged lawmakers to wrap up quickly to allow time for ballots to be printed by mail.

The maps also depict the realities of Vermont’s migrant population – and the resulting shift in political power. Most notably, the North East Kingdom (counties of Essex, Caledonia and Orleans) lost a senator to Chittenden County, reflecting population shifts from rural areas to the metropolitan centre. Three senators will now represent the Kingdom and seven will represent Chittenden.

This year’s process also revitalized lawmakers’ longstanding debate over whether to move to single-member districts, as opposed to Vermont’s current multimember model, in both the House and Senate. Despite much noise from those who say single-member districts would be fairest, lawmakers ultimately stuck to their existing model.

Scott did not offer additional comment on H.722 at the signing on Wednesday. When the Senate passed the bill in March, its spokesman Jason Maulucci said “there are always winners and losers” in every round of redistribution. But he added that Scott is particularly concerned about the loss of representation of rural Vermont in Montpellier.

“We see the consequences of our (sic) demographic challenges in many ways, and the further redistribution of representation from rural areas to more affluent parts of the state is another example,” Maulucci wrote on March 25.

Did you miss the latest scoop? Sign up here to receive a weekly email with all of VTDigger’s political stories. And in case you can’t get enough of the Statehouse, sign up for the final read for a preview of the day’s news in the Legislative Assembly.

Our journalism is made possible by donations from our members. VTDigger is partnering with the Children’s Literacy Foundation (CLiF) on our Spring Member Drive to send 3,000 new books to Vermont youth at risk of growing up with low literacy skills. Make your donation and send a book today!

What to know about debt consolidation offers