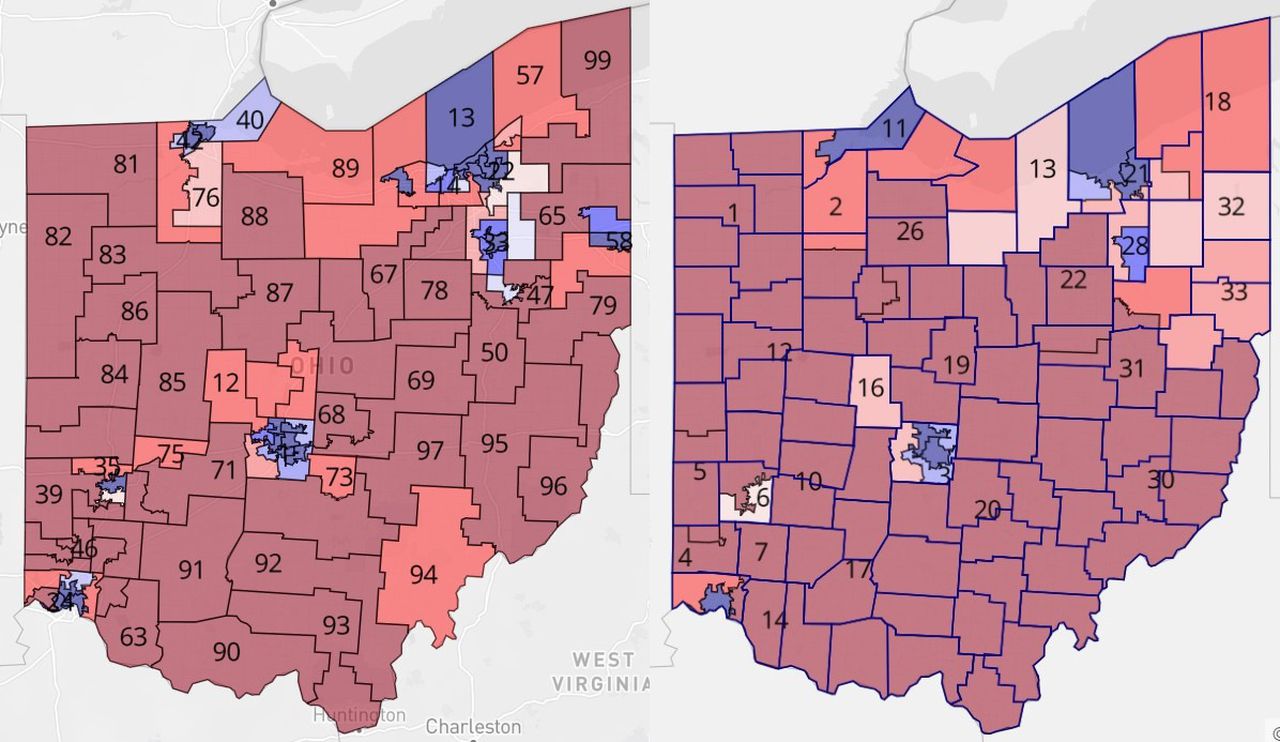 COLUMBUS, Ohio – The Ohio District Commission, which passed new maps for the state House and Senate earlier this month, was sued in the Ohio Supreme Court on Monday, the third challenge to the plan that will likely maintain GOP dominance in the General Assembly.

Monday’s complaint was filed by the Ohio Environmental Council, the Council on American-Islamic Relations in Ohio – which represents the Muslim community in Ohio, and the Ohio Organizing Collaborative – a group that works for racial justice, social and economic.

(Scroll down to read the lawsuit, or click here for a PDF.)

Like previous trials, the complaint notes that in 2015, more than 70 percent of voters approved a constitutional amendment aimed at ending partisan gerrymandering in Ohio and encouraging bipartisanship in the redistribution process.

Despite the constitutional amendment, Republicans who control the Ohio Redistribution Commission have created maps that will likely see Republicans winning 62 to 65 of 99 House seats and about 23 of 33 Senate seats. They couldn’t get the two Democrats’ approval on the redistribution commission, so the cards will only last four years – which is new under the constitutional amendment.

The four-year cards would allow Republicans to maintain their veto-proof qualified majority in the legislature, despite having received 53% of the vote in the past 10 years in non-judicial elections across the country. the state.

“The wrongs are glaring: the district plan dilutes the voting power of Ohio voters who tend to support Democrats by breaking them down and intentionally lumping them into party-based districts with the goal of to weaken their political influence, â€said the trial. “These abuses are particularly supported by members of Ohio’s growing black and Muslim communities who, due to Ohio’s political geography, are among those communities that bear the brunt of the adopted partisan Gerrymander and are charged to organize effectively and to have their voice heard by elected leaders. . “

And if the legislature is predominantly Republican, the government will be less representative and accountable to the people, says the trial.

In addition to the effects on the political makeup of the legislature, the lawsuit argues that the cards are illegal because they diminish people’s rights to speak and assemble.

“Gerrymandering interferes with the ability of these individuals to exert political influence by joining with other like-minded people, and the right of expressive associations, including political parties, not to be discriminated against on the basis of political point of view of the group “, indicates the lawsuit. . “Thus, the plan infringes their freedom of speech and assembly under the Ohio Constitution.”

The lawsuit notes that Gov. Mike DeWine and Ohio Secretary of State Frank LaRose, both Republicans, expressed concerns about the cards – though they both voted for them in the end.

The lawsuit is asking the court to discard the current maps and order the Ohio Redistribution Commission to draw new ones consistent with the constitutional amendment. He also asks the court to remain involved in the case “to enforce and compel compliance”, including to determine the validity of new cards.

The Ohio Supreme Court informed the Ohio Redistribution Commission on Monday evening that it had until 5 p.m. Tuesday to respond to the second and third lawsuits.

The first card suit was filed Thursday by the ACLU, the League of Women Voters of Ohio and the A. Philip Randolph Institute of Ohio. The second complaint was filed Friday by the National Redistricting Action Fund, a nonprofit affiliate of the National Democratic Redistricting Committee headed by former Obama-era attorney general Eric Holder.

All three lawsuits are filed in the Ohio Supreme Court, which has direct jurisdiction over redistribution issues.

“Trials take place every time there is a new card,” said Aaron Mulvey, spokesman for Ohio House President Bob Cupp, a Republican from Lima on the redistribution commission. “We knew this was coming, and the state will defend the constitutional maps approved by the Redistribution Commission.”

John Fortney, spokesman for Ohio Senate President Matt Huffman, also a Republican of Lima, dismissed the lawsuit as out-of-state because attorneys at the NYU School’s Brennan Center for Justice of Law, with offices in New York and Washington, are involved.