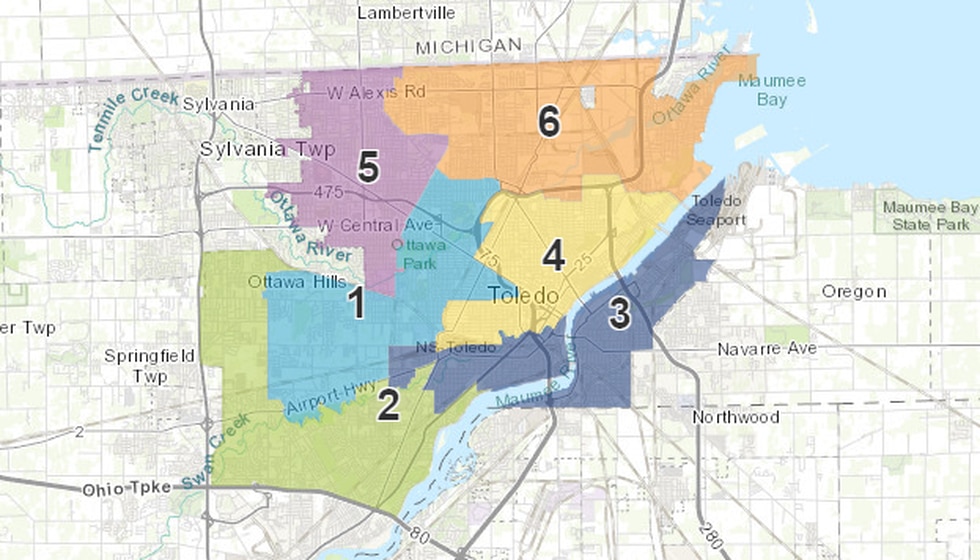 City leaders on Monday announced a series of public meetings for the redistricting process of the Toledo City Council.

The city charter requires officials to redraw council districts every 10 years, matching the census. Districts must follow existing electoral district lines and must have a population count within 5% of each district, according to a city spokesperson. Officials will use census data to determine population changes to alter council district boundaries.

The city said the goal of the new council districts is to provide a similar population count in each district, maintain the current general district boundaries, and keep current council members in the district they represent.

Officials also announced on Monday the members of the redistribution committee, made up of people from a variety of political affiliations. Mayor Wade Kapszukiewicz named Mike Beazley, Ken Fallows, Devon Overton, Sally Perz, Donna Owens and Brittany Jones to the committee. They will make the final decision on the new neighborhoods.

“The biggest challenge is trying not to make a neighborhood feel like its world is changing in a way it doesn’t want to,” redistribution committee member Mike Beazley said Monday. . “We can’t guarantee that, we can’t always prevent a neighborhood from being divided, but we’re going to have to create neighborhoods and that’s what the law requires here and we do.”

Residents can find maps of current neighborhoods and maps of the three council districts offered here. An online survey and additional information can also be found at the link. The City asks the public to complete the survey before April 15.

The first public meeting on the subject is scheduled for Wednesday, March 30, so that the inhabitants hear the proposals and give their opinion. The full list of meeting dates and locations is below.

See a spelling or grammatical error in our story? Please include the title when you Click here to report it.