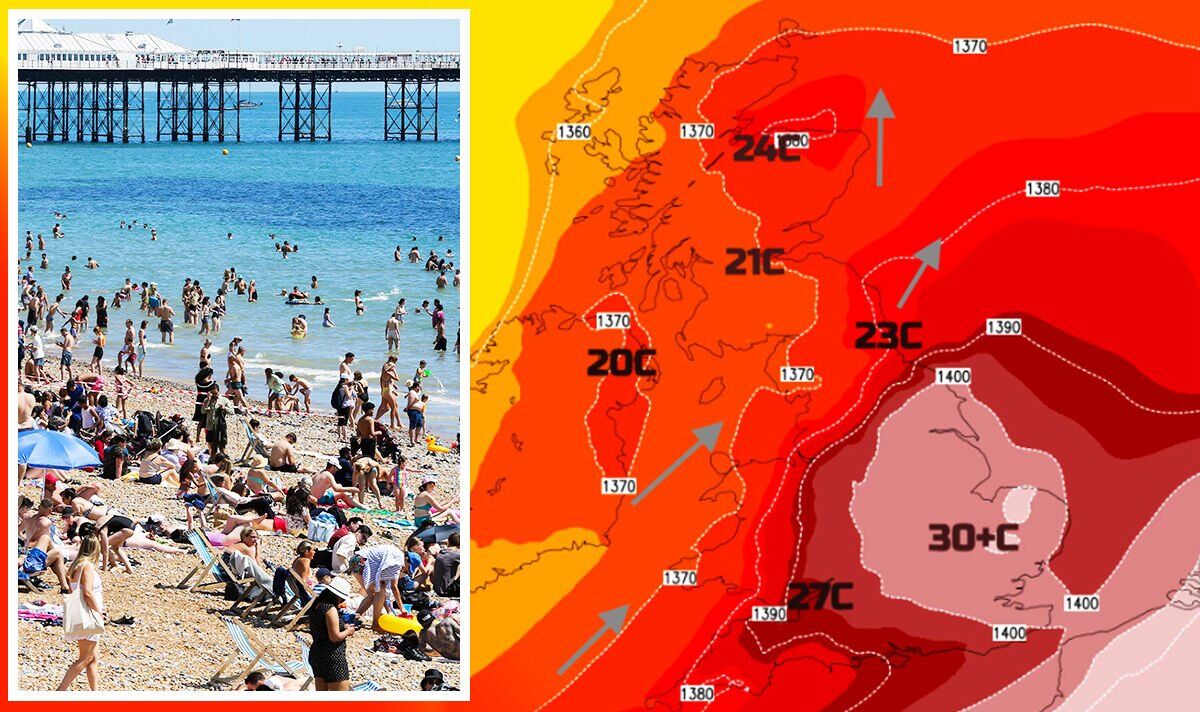 Weather forecaster Netweather predicted highs of 30C in the southeast on Saturday, with potential to get even hotter on Sunday. There will be rain on Friday and Saturday over Northern Ireland and the West, before most of Britain and Northern Ireland experience “fine, dry weather”. The forecaster said much of the country will experience “sunny and warm” weather, with high UV.

On Sunday, “shower showers” will move from the west of England into Northern Ireland, Scotland and northern England.

However, the forecaster warned that the fire risk ‘remains high in many parts of the UK’ this weekend.

Weather forecaster WXCharts also predicted highs of 30C on Sunday in the east.

London will see highs of 29°C, while the north will be cooler at 20°C.

Looking ahead to the weekend, Netweather forecaster Jo Farrow said: “Rain will make inroads over Northern Ireland from the west during the day, reaching the west coast of Scotland on Saturday evening then let the winds cool.

“For most of Britain and even Northern Ireland for part of the day it will be sunny and dry.

“Before the frontal cloud, it will be sunny and warm.

“Again, before that there will be fine, dry and sunny weather with warmth for the east of England as temperatures reach 30 degrees Celsius or even slightly higher.”

The forecaster added: “The fire risk remains high in many parts of the UK and mainland Europe this coming weekend.

“Take care as another dry and very hot weekend is approaching for southern Britain.”

Debt consolidation does not solve the real problem