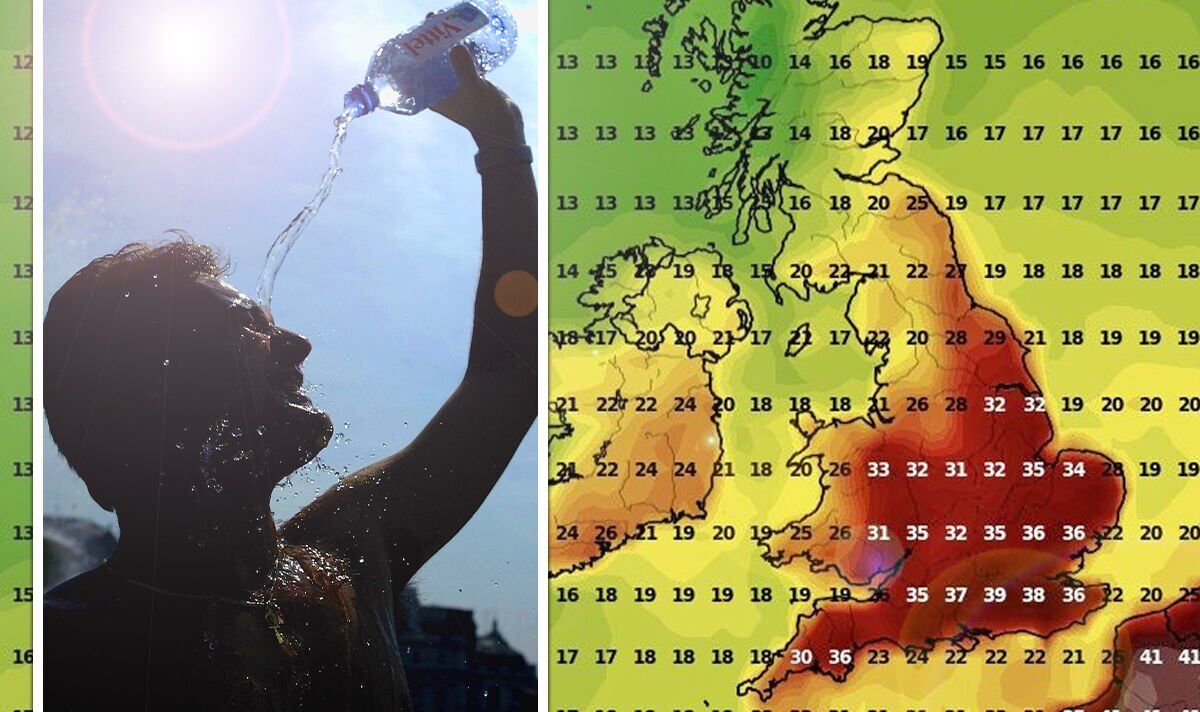 Computer modeling has shown temperatures in the UK could hit 40C for the first time later this month. While weather service Netweather predicted temperatures of up to 43C. This would exceed the highest temperature on record for the UK in July 2019, which was 38.7C in Cambridge.

Weather forecaster Kirsty McCabe described how ‘no one remembers 40C appearing in a major global forecast system for the UK’.

She added to Sky News: “Especially when this forecast also predicted temperatures above 39C over a large area of ​​south-east England.

“Given that the UK’s hottest days only saw a few places exceed 38C, this was unlike anything forecasters had ever seen before.”

She added, however: ‘All the factors have to align perfectly for the UK to reach 40C.’

“While it is possible, it is extremely unlikely, even if the risk is the highest it has ever been.

As Netweather tweeted: “Another amazing run from the 6z GFS this morning. Showing 43c for next Sunday. Not sure if that will happen though.”

It comes as the Met Office’s heat health alert is raised to level three heading into next week for south-east England.

The Met Office said: “There is increased confidence that temperatures will rise through the weekend, becoming largely warm, locally hot from Monday next week.

“The highest confidence is in the southeastern and eastern regions where temperatures are expected to hit 30 degrees.

“Temperatures are expected to remain near threshold through Wednesday, particularly in southern regions.

UK health safety has also warned Britons to cover windows exposed to direct sunlight, stay in the shade where possible and double-check that medicines are stored correctly.

The agency’s Dr Agostinho Sousa added: “We want everyone to take advantage of the warm weather when it arrives, but also to watch out for their vulnerable family, friends and neighbours.”

The NHS then warned parents to watch closely and limit the time children spend in the sun.

They should spend time in the shade and be covered in sunscreen, the confidence added.

They tweeted: “Don’t let your kids stay out in the sun for long periods – and never leave them in a car on a hot day.

“Resting in the shade and finding cool places is important.”

The account added: “The first sign that a child is overheating is when they get grumpy or complain of a headache.

“If this happens, place them in a shady place and as cool as possible.

“Take off all the clothes you can, give them water to drink and let them rest.”

The List of Enemies of the Right: ‘Woke Heat Maps’ Targets and Tracks Progressives for Repression